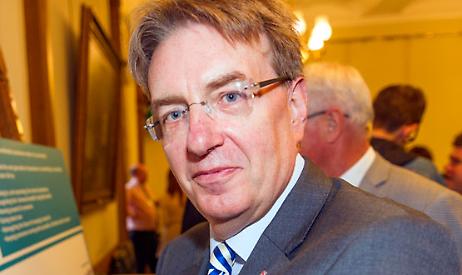 JOHN HOWELL has been reappointed to the Council of Europe.

The Henley MP said he was “delighted” to continue with the organisation, which is not part of the European Union but a separate body of 47 member states set up in 1949.

The council is concerned with terrorism, organised crime, money laundering and human trafficking as well as education, the environment, health and culture.

It also elects judges to the European Court of Human Rights.

Mr Howell, who was first appointed to the council in 2015, said: “It is important that the UK maintains its place in this, the oldest of political institutions in Europe.

“Of the cases brought against the UK at the European Court of Human Rights, well over 90 per cent do not even get to a judgment.

“They are rejected by the court as inadmissible and by no means are all of the tiny minority of cases that go through to a judgment found against us. We have a good track record.”

Mr Howell is one of nine Conservative MPs to be appointed members of the council together with eight Labour Party members and one member of the Scottish National Party.

The council meets four times a year at its headquarters in Strasbourg.