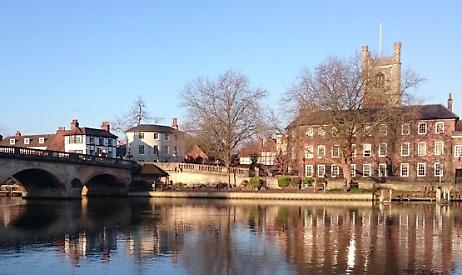 POLICE have been asked to crack down on cannabis smoking “hots spots” in Henley.

Red Lion Lawn, Makins recreation ground and the riverbank have been identified as areas where residents have reporting smelling the stench of the class B drug.

Town councillor Will Hamilton has raised the issue with the town’s police community support officers after it was raised by resident Jane Trotman on Facebook.

She said: “Has anyone noticed the strong smell of cannabis floating up from the Red Lion Hotel river garden? Quite disturbing as the kids there are very young.”

Councillor Hamilton said: “There are a number of sites in town where antisocial behaviour has been taking place and it’s up to the Pcsos to get on top of it.

“They have the power to deal with it, not me. My view is that Henley should be a drug-free town.”

He said Red Lion Lawn seemed to be a particular problem with cannabis being smoked there regularly.

Cllr Hamilton said: “Walking across the bridge and smelling that is not a great first impression, is it?

Mayor Kellie Hinton said that “having a toke on a spliff” was not “the end of the world” and children were being classed as criminals.

“I think it’s no more a problem now than it has ever been,” she said.

“To me this says we need to be doing more work in our schools, certainly at secondary level, and more work with outreach.

“It’s much better to educate than condemn them. It’s not a major issue and I think we have to have to be mindful of that and not waste police time and resources. The Pcsos are already stretched.”

Councillor Hinton said she was more concerned about teenagers using nitrous oxide balloons, known as “hippy crack”, which she said was happening in the Mill Lane car park.

On Facebook, many residents said there needed to be more in the town for young people.

Carol Crowdy said: “Since the youth centre in Henley was shut we no longer have youth workers who meet all our young people regularly and build up relationships.

Pru Sly said: “I think that regardless of what is on offer some kids won’t want to engage with things organised by adults.

“I expect the kids that wouldn’t be smoking pot would be the ones to take advantage of those types of things but the ones that want to smoke would carry on doing it anyway.”

Keri McDowall said: “There isn’t a village, town or city in this country that doesn’t have pot-smoking teens!

“Aren’t there some banners out of place somewhere that need attention?”