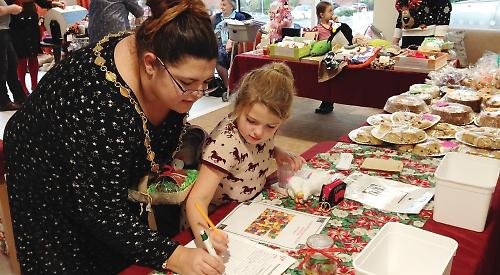 A CHRISTMAS fete at the Chilterns Court Care Centre in Henley raised more than £510.

There was a guess the weight of the cake competition, a raffle and a tombola, while mulled wine was served along with tea and coffee. Members of Caversham brownies sang Christmas carols.

The proceeds will go into the residents’ amenity account and will be used to buy two iPads. Maggie Coleman, manager of the York Road home, said: “We have residents whose families live abroad so they will be able to Skype them.

“I thought it was a fantastic day — it was well attended and the residents seemed to enjoy it. I think it’s important to engage with the community.”

Mrs Coleman thanked her staff as well as all the businesses and organisations that donated prizes for the raffle and tombola.