Gillotts remains closed after big freeze but college back open 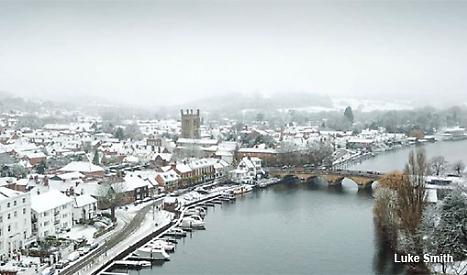 GILLOTTS SCHOOL in Henley will remain closed today (Tuesday) due to the freezing weather conditions.

The planned science trip to Oxford for Year 9 pupils has also been cancelled while the Year 11 art mock exam will be rescheduled.

Headteacher Catharine Darnton had hoped to open the school at 11.30am, missing two lessons, to allow pupils and staff enough time to arrive safely.

This is the second day in a row that pupils have been told to stay at home due to the wintery conditions and other schools across South Oxfordshire are still affected.

Lewknor Primary School, near Watlington, is still closed due to the freezing conditions predicted last night and throughout today.

But The Henley College, which was closed yesterday (Monday), and all other nearby schools are expected to open as normal today.

By Monday much of the snow had melted but some pavements and roads were still slippery. This morning a fresh blanket of ice covered the streets.