IT developer chosen as next Mayor of Henley 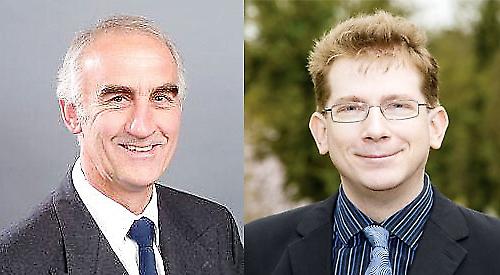 Glen Lambert is set to be the new mayor of Henley.

The IT developer was made mayor-elect at a town council meeting yesterday (Tuesday).

His deputy will be fellow HRG councillor Ken Arlett and they will officially take over at the mayor-making ceremony on May 14.

Cllr Lambert, a father-of-two from Greys Road, was elected as a councillor alongside Cllr Arlett at a by-election in May.

Cllr Miller said: “Many people probably don’t know Glen very well. He doesn’t seek the limelight but he’s very active under the radar and behind the scenes.

“This council has elected a number of different mayors and all have worked hard for the town and brought their own particular skills to the table.

“Glen is passionate about Henley, is a strong community player and above all does the right thing.”

Cllr Arlett, who is a founder member of HRG, previously served as mayor in 1991 before standing down in 2007 to concentrate on his work as a builder and other business interests.

He was proposed as deputy mayor-elect by Councillor Jane Smewing.

She said: “Ken has a wealth of experience as a former mayor and councillor at both town and district.

“He and Glen will make a great team.”

Both Cllr Lambert and Cllr Arlett received six votes for their roles, with none against and four abstentions.