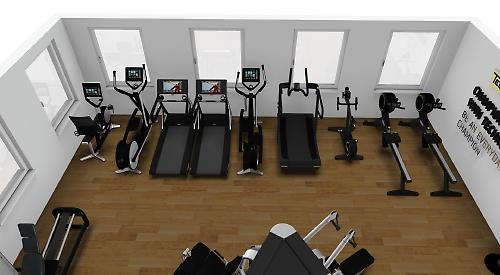 MEMBERSHIP of Phyllis Court Club in Henley has soared with the construction of a new £4 million fitness centre.

With the new facility at the private members’ club due to open next month, the number of members is approaching the maximum of 3,250 after which anyone wanting to join will have to go on a waiting list.

The fitness centre at the club off Marlow Road will have a 20m swimming pool, state-of-the-art gym, an exercise studio with free classes, a saunarium and treatment and changing rooms.

It is due to open on Monday, September 24 after a special open weekend.

The club has welcomed 388 new members so far this year compared with 238 in the whole of last year.

Caroline O’Connor, the club’s commercial director, said: “The total number as of last week was 3,188 but we already have 172 people going through the application process. If you put your application in today, it’s likely to go straight on to the waiting list.”

She said there were 100 applicants due to go before the board of trustees for approval yesterday (Thursday).

The other 72 were waiting for the end of a 28-day consultation period or for an interview.

Mrs O’Connor, who was appointed last year, said “We’re very excited about the centre and it’s one of the reasons I joined.

“I was approached to come in and launch the centre and change the profile of the membership and it’s very exciting that it has come in on time and on budget. It gives us a balance of health and leisure.”

Mrs O’Connor said the club has also recorded an increase in members dining, rising from 2,500 covers in January to 3,500 in May, June and July and on target to hit that number again this month.

“Yes, the fitness centre is a bit of hook but once the members are here they are using the club for far more,” she said.

For the open weekend on September 22 and 23, members will be invited to have a tour of the fitness centre.

They will be able to book inductions and then use the gym and pool followed by the studio classes which will offer pilates, aqua fit and salsa and therapies such as beauty, physiotherapy and podiatry.

Over the initial four-month period, the membership usage will be recorded and analysed.

Fitness centre manager Adam Powell said: “The opening is the culmination of a lot of hard work and planning — and it looks fantastic. I can’t wait to open the doors and see members enjoying it.

“The opening is momentous for the club not least because it was the dream of Roy Finlay, the club founder, to have a swimming pool for members back in 1929 and now that dream is a reality.”

The centre will be open from 7am to 8pm on weekdays and 8am to 4pm at weekends.