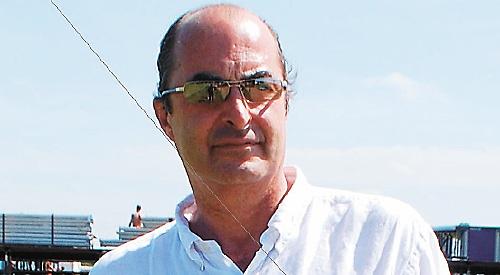 THE Rewind Festival, which was started in Remenham 11 years ago, has been sold for the second time in less than three years.

The Eighties music extravaganza, which is held on Temple Island Meadows every August, has been sold by radio group Global.

It will now be run by a consortium including its founder and former boss David Heartfield.

Mr Heartfield, from Rotherfield Greys, was chief executive of Impresario which sold the festival as part of a £30 million deal in 2017.

He confirmed he would be managing the event again.

“We’ll put full announcements out in due course — it’s still under contracts.

“I was approached by a consortium of promoters involved in it. They asked me to come back and run it with them.

“I’m going for a quick holiday now and I’ll get stuck in when I get back.

“I’m sure Global have done their best over the last couple of years but I think there’s some opportunities to do some new things with it and take it back to where it was.”

In an announcement on its Facebook page, the festival said: “The new owners have brought back the old management team and we know you will be telling us what changes you liked and what you want to see back.

“In the meantime, while we have a very short period of transition, please ignore the date and venue information posted... we hope to give you confirmed details in the next couple of weeks.”

Mr Heartfield confirmed that the location of Rewind South, as the festival is now known, wouldn’t change.

Earlier this year organisers submitted plans to gradually increase the audience capacity from 20,000 to 30,000 a day by the year 2022.

But Wokingham Borough Council’s licensing panel decided that the festival should admit a maximum of 23,000 people, starting this year.

Mr Heartfield’s career in the music sector started in 1988, when he was part of the Destination Docklands concert in London featuring Jean Michel-Jarre.

He then helped organise the celebrations for the centenary of the Forth Bridge for a crowd of 100,000 and the Prince of Wales’s Symphony for the Spire.

From 1992 to 1999 he worked for IMG before leaving to set up CSS Stellar and heading the entertainment division.

He launched Rewind in 2009 following a number of sell-out multi-artist Eighties concerts. Since then it has expanded nationally and internationally.

Global, which was formed in 2007, owns a number of UK radio stations, including Heart, Capital, Classic FM, Smooth and LBC.