Three women in charge of rowing club for first time 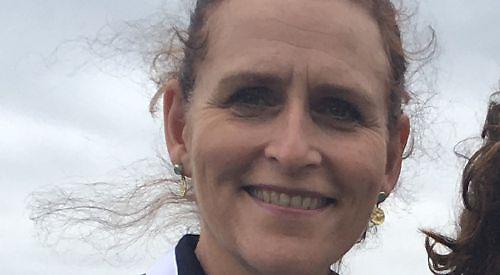 THE top three posts at Henley Rowing Club have been filled by women for the first time in the club’s 181-year history.

Beccy Norman, who joined the club as a junior and returned as a senior after completing university, was unanimously elected captain at the club’s annual meeting last month.

She is serving alongside chairwoman Helen Turnell, who is in her second year in the role, and president Miriam Luke, who has served for three years.

She grew up in Peppard with her parents, Tony and June, and sister, Jenny, 25. She joined the club off Wargrave Road when she was 11 and a pupil at St Mary’s School in St Andrew’s Road before moving on to the Abbey School in Reading.

In 2008, Beccy was part of a Henley Rowing Club quad that won gold at the national
championships.

Her junior career was cut short when she developed a back injury at 17, which she believes was caused by the strain of rowing.

She was treated successfully at the Henley Chiropractic Centre but was nervous about returning to the water in case it flared up again.

It was only when she was studying for a chiropractic degree at Bournemouth University herself that she returned to the sport.

After graduating, she returned to Henley and rejoined the club in 2018. She is currently training in a single scull.

Beccy, who works as a chiropractor at Reflex Spinal Health in Caversham, said: “I rejoined once I came home because I was seeing everyone else on the water and simply going to the gym didn’t give me the same motivation to keep fit.”

She was invited to stand for the captaincy by Mrs Turnell.

Beccy said: “I had considered standing because I’d been around the club for such a long time, so when I was approached I said, “Well, it’s funny you should ask’.

“It’s a wonderful compliment to know that everyone was happy with my appointment and I think they’re pleased to see another ‘home-grown’ captain.

“It’s exciting to have women in the top roles but the club has always treated men and women as equals so in some ways it shouldn’t really be treated as such a big thing.

“There are lots of challenges ahead for the coming season, what with training under covid-19 restrictions and the question of whether racing will go ahead, but I can’t wait to give something back to the club after everything it has given me.”

Mrs Turnell, who used to row for Putney and joined Henley RC after moving to the town in 2012, lives with her husband Phil and their sons Bruce, 20, who has rowed for Henley and Newcastle University, and Euan, 18, who also rows for the club.

She said: “Beccy brings a lot of strengths to the role. She has a very inclusive attitude and gets on well with members at all levels so she has a good overview of everything we do.

“It’s historic for us to have women in leading roles but it’s always about having the right person for the right job and there was never a deliberate effort to have a female captain.

“We have a lot of female members so her election wasn’t surprising and I’m sure she won’t be the last to be captain.”

Mrs Luke joined Henley RC in 2000, the year she won silver at the Olympics in Sydney as part of a GB quad.

She is also chairman of Henley Women’s Regatta, a steward of Henley Royal Regatta and a member of both Upper Thames and Leander.

She is married to former GB rower David Luke and their daughters Rhiannon, 15, and Della, 17, now also row for Henley.

Mrs Luke said: “This is a very inclusive environment and we only noticed that women were in the top positions after Beccy was
elected.

“It doesn’t change the fact that she was the best candidate and we still have a lot of men who collaborate with us.

“I’m absolutely delighted to have another captain who has been with us since junior level. She has progressed so much over the years and developed some great skills which will serve her well.”