Another medal for rowers 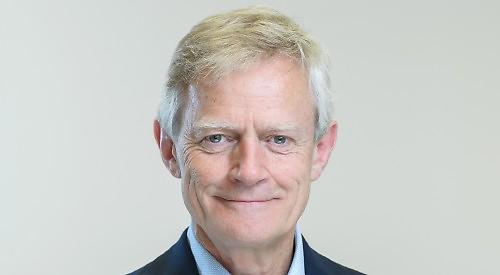 THREE Paralympic rowers from Henley have been made MBEs.

Ellen Buttrick, Giedre Rakauskaite and cox Erin Kennedy, who won gold at the Tokyo 2020 Paralympic Games last summer, were recognised in the New Year Honours for services to rowing.

Mike Sharrock, chief executive of the British Paralympic Association, who lives in Checkendon, received an OBE.

The women were part of the PR3 mixed coxed four with James Fox and Oliver Stanhope which beat the USA to continue Team GB’s unbeaten record in the event.

Buttrick, 26, of Albert Road, recently began studying for a master’s degree in gender policy and inequalities at the London School of Commerce.

She said: “My housemates sent me a picture of the letter on the doormat and said, ‘Are you in trouble?’ and I was thinking, ‘Oh, maybe?’

“When I got home and opened it I was so excited but I couldn’t tell anybody. The other rowers sent me a message saying, ‘Have you received an interesting letter?’

“I kind of thought this might happen as when people get gold medals they get an MBE so I was hoping I would too. I’m so happy.

“I want to thank the rowing community and Leeds Rowing Club.”

Buttrick, who is originally from Leeds, started rowing in 2012 and qualifies for the Paralympic team as she has Stargardt disease, an inherited eye condition that affects the retina and causes a reduction in central detailed vision.

She was taking part in her first Paralympics, having won gold at the world championships in 2018 and 2019.

She said she was looking forward to telling her family, especially her grandparents, Sally and Peter Evans, who celebrated their 60th wedding annivesary last year.

“I think they will be the most surprised and excited,” she said. “They live in Leeds so I hope to send them a picture of The Gazette [official public record] when it comes out.”

Rakauskaite, 30, who lives at Highlands Park, off Greys Road, started rowing when she was 14 but had to take a break due to a leg injury she suffered in a car crash.

She went on to row for Worcester University, where she studied sports coaching science, and in her final year she began coaching at Hereford Cathedral School.

She continued to row competitively for Worcester Rowing Club and won a silver medal at the British indoor championships in 2015.

Two years later, she made the semi-finals of the Rosie Mayglothing Trophy at Henley Women’s Regatta in the senior doubles and qualified for the new women’s doubles event at Henley Royal Regatta in 2017.

Rakauskaite, who is originally from Lithuania, said: “I opened the letter thinking, ‘Oh my God, what is it going to say?’ I couldn’t believe it.

“I feel really honoured, it’s such a privilege, and I’m very excited about the presentation ceremony and getting to meet royalty.

“I’m sure my parents will be very excited, although I might have to explain to them what it actually is.”

Kennedy, 29, who lives with her husband Sam in Station Road, took up coxswaining while at Pembroke College Oxford, where she studied history and English.

Originally from Wantage, she joined Leander Club in Henley after winning the Women’s Boat Race in 2014. She was spare for the Paralympic mixed coxed four at Rio in 2016. In 2017 she coxed the GB’s women’s eight to fourth at the European championships and steered a crew of returning Olympic athletes to victory at the Women’s Eights Head of the River Race.

Kennedy said: “We got a letter and on the front it said, ‘Her Majesty’s Service’ and that was super-exciting. We don’t get that much post anymore so that was exciting in itself.

“The letter was very nice, formal and important. That was a couple of weeks ago so we’ve had to keep it quiet throughout Christmas but I told my parents and grandparents on the proviso that they didn’t tell anyone.

“It was exciting, especially telling my grandparents as it’s something they really value. My nana cried when I told her. She was so excited and really proud.”

Kennedy said the honour was a nice way to celebrate the 2020 Games which her family couldn’t attend due to the coronavirus pandemic. She said: “It has been such a funny year for everybody, especially as the award is for our performance at the Games, which had no spectators. We were unable to celebrate at the time.

“Hopefully, at the weekend we will get some people together and raise a glass, which will be really nice.

“Rowing is something I feel very lucky to be able to do as my job as it’s my hobby and something I like, so this really is the cherry on top.

“The rowing world is a little community and is good at celebrating each other but this is something that extends beyond that, which is really exciting.”

Stanhope, 23 from Hampton, was also made an MBE.

Fox, of Hart Street, Henley, was made an MBE in 2017 for his services to sport.

The crew hold the Guinness world record for the fastest row in the mixed coxed four which they set at the world championships in Linz, Austria, in 2019.

Mr Sharrock was honoured for services to athletes with disabilities. He has been in post since January 2019, having previously worked for BP for about 30 years.

He led the company’s partnership with the London 2012 Olympic and Paralympic Games.

Mr Sharrock said he was surprised to receive the award and felt “very fortunate”.

“The best word to describe it is privileged, privileged to be leading such an amazing team,” he said.

“Last year was so challenging for them and they were just so incredible and their performance in Toyko was amazing.

“We had more than 200 athletes and we came second in the table with 41 gold medals. What was particularly exceptional was that we medalled in 18 out of 19 sports.

“It was just a really great example of resilience and how brilliant the Paralympic athletes in this country are, so we’re feeling very proud of them and many of them were recognised in the New Year Honours as well.

“It’s been a very challenging two years for all of us, including the athletes. They’ve had to find ways to keep focused and train..

“The team had to rip up all the old plans and make new ones to create the right environment in Toyko to enable the athletes to perform their best.”

Mr Sharrock is now preparing for the Winter Paralympic Games in Beijing next month.

“We’re straight back into it,” he said. “We’re very excited about Beijing and what the athletes can do. We’re represented across all the sports with 23 athletes in total.”

Looking ahead to the Paralympics in Paris in 2024, he said: “I think a lot of people who competed at Tokyo will continue.

“We’re only two-and-a-half years away so there’s a lot of work going on and the team is already focusing on planning to make sure we can do it all again.

“We are a charity and it is very hard to make sure it has the funds but we’ve got some amazing partners and if anyone would like to join us on our journey to Paris they can get in touch.”