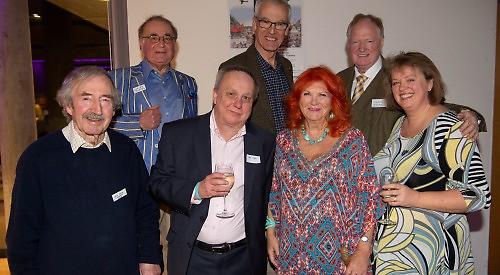 THE 80th anniversary of the Dunkirk evacuation will take centre stage at this year’s Thames Traditional Boat Festival in Henley.

The 42nd annual event, which will take place at Fawley Meadows from Friday to Sunday, July 17 and 19, will showcase the fleet of Dunkirk “Little Ships”.

Operation Dynamo involved the evacuation of more than 300,000 soldiers in May and June 1940.

The festival will also feature the largest display of traditional boats in the world, amphibious and military vehicles and a First World War air display team.

Two First World War torpedo boats, including one that is radio-controlled, will also be on show.

River trips will be available on Alaska, an old steam boat.

There will be fairground rides for children, a family dog show on both days, an acoustic stage and stalls, food and bars.

About 130 people attended the launch of the festival at Henley’s River & Rowing Museum on Thursday last week. Lady McAlpine, who chairs the festival, said: “It’s going to be bigger and better. We have got more traders, more antique dealers, more amphibious vehicles than ever and we have got Newfoundland dogs doing their rescue demonstration in the water.

“It’s the only big family event on the Thames in Henley. It’s not exclusive, it’s very inclusive, and there’s something for everybody.

“We want to get the message across that it’s terribly important to maintain our heritage. I think it’s important to show how we developed over the years and to show what incredible engineering skill and craftsmanship has always come out of Great Britain.

“There's plenty of free parking, it’s easy to walk from the town and it’s just a damn good two days out.”