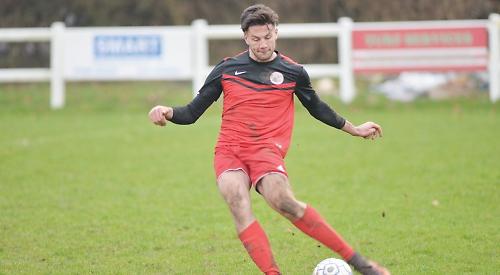 GOALS from James Spruyt and Storm Devoy-Read helped Henley Town bag a place in the third round of The Bluefin Insurers Hellenic League Supplementary Cup.

Attacking midfielder Spruyt netted before Devoy-Read came on in the second half and scored to secure the victory for Henley.

A HAT-TRICK from Karol Derewenko was in vain for Henley Town as they were trounced at Longlevens AFC.

He scored in the first and last minute of the game, as well as one part-way through the second half in their Hellenic Premier Division clash.

Despite securing an early lead Henley went into the break 3-1 down to the Gloucestershire club. Striker Shaun O’Connor netted five times for the hosts, who are currently 12th in the Hellenic Premier Division.

The result leaves Henley languishing in 17th place, five points behind Oxford City Nomads who have a game in hand. It also means they have now conceded more than 100 goals this league season.