Town boss Creech making plans ahead of next season 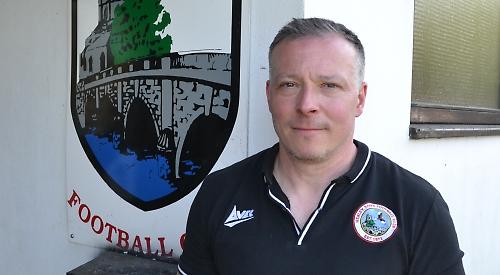 HENLEY Town boss Rob Creech said his first season with the club has been a “baptism of fire”.

Since his appointment in November the club won only one league game in 17 fixtures and finished bottom of the Hellenic League’s Premier Division.

Creech, who played as a fullback for the Red Kites in the Nineties and again in 2005, said the club has struggled due to fluctuation in the squad.

He said: “It has been very, very difficult from week to week.

“We only started a third of the way into the season so it was difficult for us to make our mark.

“My phone doesn’t stop ringing with contacting players all the time. Then when the game is finished on Saturday we’re getting ready for the next week.

“It’s been a baptism of fire. But we’ve said in the changing room that we are not quitters and we will be doing our best to prepare for next season.”

Creech, from Reading, replaced Gerry McGinty, who left in October to become a youth team coach at Barnet.

The FA pro licensed coach had been working at the club since April and in July replaced former manager Craig Sumner, who stepped down due to work commitments.

The Red Kites were beaten 9-0 at the Triangle Ground by champions Thame United on Saturday.

He said the visitors had the type of side, full of players in the mid-twenties, who were able to compete in the division whereas Henley fielded a number of teenagers.

Creech, who holds a UEFA B licence, said: “I was disappointed with the team in the first half, we conceded the first goal after 22 seconds.

“At half-time we had some strong words and there was some improvement in the second half.

“To compete properly in this league you need a core of starting players who are 25 or 26 who have experience then you can bring in the youngsters around them.

“Our league position has made it tough to attract players of that ilk. Those kind of players tend to want some money to play, which is difficult for us.

“We are in a situation where we have had to play youngsters.”

Creech said the club will consolidate around a core group of players for next season. He and his two assistants, Andy Findlay and Jock Mowat, want players who can be committed to training and matches.

“We want to get a group of committed players together who we can work with coming into the season,” Creech said.

“This year I brought in a few players from Maidenhead United and other contacts I have from football in the area but next year we want a committed group.

“Some games this season have been a struggle for numbers but next year we want 15 or 16 people to stick together. You need to be organised.

“There will be a core group of seven or eight players then we will build around that. We want players available to us every week.”

The Red Kites are in limbo with which division they are playing in next season. Despite finishing bottom of their league they could stay up if no team from the Hellenic League Division 1 wants to be promoted or is restricted by the club’s facilities.

Creech said: “We’re unsure with what’s going to be happening at the moment. I don’t think relegation would be a bad thing because it gives us an opportunity to rebuild and maybe have a bit of success.”

Creech admits the top division can be a struggle due to regular mid-week fixtures. He added: “It’s tough if a player is finishing work at 5pm and we have got a long trip to a game.”