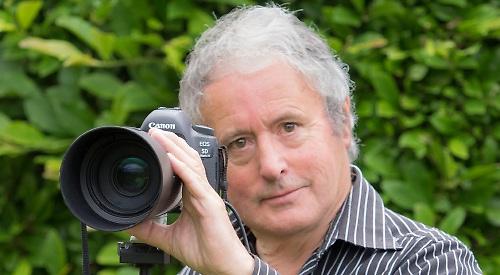 HIDDEN HENLEY has been a weekly feature in the Henley Standard since January 2000.

It is the brainchild of photographer Martin Cook who loves all things about the town, whether it’s from the past or in the present.

He loves to go around the town and the surrounding area taking pictures and picking up stories and anecdotes.

Martin seeks to publish them in the hope that it raises a smile and, in some cases, that someone can provide clues to their history.

In the past 17 years he has featured everything from mysterious ruins to signposts, markers, plaques and discarded items.

On Sunday, September 24, at 11am Martin is taking a tour around some of the town centre curiosities that he has picked up over the years.

He will give a detailed history — or as much as he knows — about each stop on the walk, which starts and finishes at the town hall in Market Place. There is no need to book.

Martin says: “The walk itself takes in about 12 different sites in the town centre and takes about one and a half hours, but exactly how long will depend on how many people turn up.

“We will go down the Market Place and into Hart Street, down to the Speaker’s House, New Street, Bell Street and back. It is a very short walk and we will see how it goes.

“I will point out that I am not qualified or have a degree in history, I am just a lover of Henley.”

He will talk about the rails in the Market Place outside the Lovibonds brewery and how they came to be there and how a lot of the shops in years gone by had similar arrangements.

You will walk by the river and find out why, as local legend has it, a husband had a 1ft-wide secret cupboard installed outside his house to evade his wife.

Martin, who works at Higgs Group, publisher of the Henley Standard, came up with the idea because he enjoys learning about the town he grew up in and has lived in for the last 21 years.

He approached former commercial director Paul Dollman and then editor George Tuckfield with an idea of doing a weekly feature about the curiosities of Henley which became Hidden Henley as it is today.

Martin says he bumps into people and receives emails all the time with suggestions for possible features and always welcomes more.

For more information, or if you have any stories that could be included on the tour, email hiddenhenley@talktalk.net