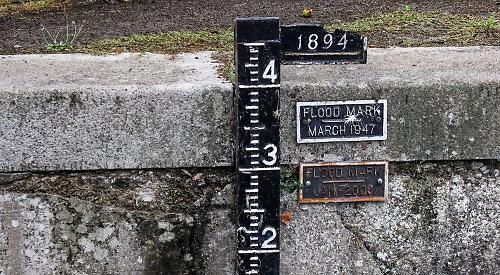 THE lock at Mapledurham is particularly deep and long with a rise and fall of more than 2m and a length of about 62m.

At this point of the River Thames, the towpath is on the Berkshire side so sightseeing has to be done from a distance.

Here, there are three flood markers with the highest one dated 1894 at a point above the lock where the surrounding land must have suffered flooding for some considerable distance.

The lowest plate, dated 2003, is still a sobering sight when you look around to see what the floodwater must have covered.

Just behind these marker plates is a display of paddles on posts which were used to control the river flow on the weir until fairly recently when the mechanism was one of the last on the river to be updated.