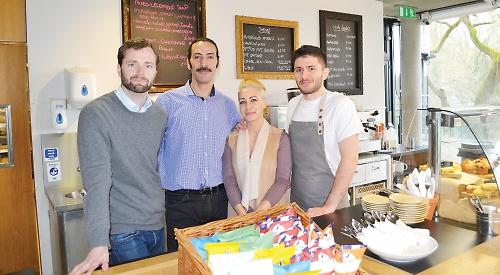 THE café at the River & Rowing Museum in Henley has re-opened.

The Wild Fork catering company has taken it over from the Quince Tree, which announced in October that it would be leaving after two years, claiming it was struggling to make a profit.

The Wild Fork has also taken on catering responsibility for weddings, parties and corporate events at the museum in Mill Meadows. The café is offering hot and cold drinks, pastries, breakfast and lunch.

Oliver Shute, co-founder of the company, said: “We have got a lot of things we want to do over the next few months, like running special events to make use of the great location here and the fantastic rooms in the museum.”

The company was founded in 2005 by Mr Shute and business partner Mike Robinson as an external event company of the Pot Kiln pub and restaurant in Frilsham, West Berkshire. Since then it has run an event bar and kitchen service for weddings, parties, private dinners and pop-up restaurants as well as corporate and charity events.

Mr Shute, 37, said they had plans to put in new signage, furniture and a wood oven outside the museum.

He said: “It will be up in April and ready for spring.”