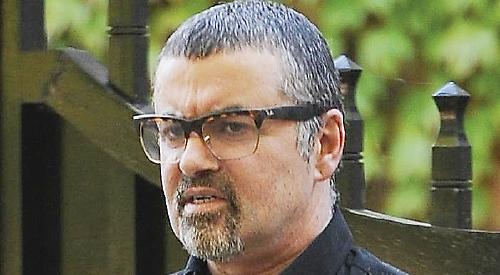 THOUSANDS of fans are expected to descend on Goring to celebrate George Michael’s birthday.

Businesses are bracing themselves for a huge surge in trade on the weekend of June 25, when the former Wham! singer would have turned 54.

Marshals could be deployed to keep the crowds in the village centre safe and a temporary camp site could be set up.

Michael, who had lived at Mill Cottage, off High Street, since 1999, was found dead at his home on Christmas Day.

An estimated 5,000 mourners from around the world have visited Goring to pay tribute and hundreds of floral tributes, cards, posters, records and other memorabilia were left outside his front door.

Now the village is expecting a repeat this summer after Michael’s fans announced their plans to return on Facebook.

All 13 rooms at the Miller of Mansfield in High Street, which was one of the star’s regular haunts, are booked that weekend, as are the 23 rooms at the Swan at Streatley.

Matt Wibberley, of the Miller of Mansfield, said: “We’ve heard it could be busy over his birthday but summer weekends are always busy for us so we won’t have to do any more preparation than usual.

“It’s true that there were lots more people in the village than usual over Christmas but again, that’s a period when we expect to be busy so it didn’t change how we went about things.”

Derricourt, landlady of the Catherine Wheel in Station Road, another of the singer’s favourites, said: “We’re expecting the village to be extremely busy.

“Our pub was mentioned on his fan page so I expect we’re going to get a lot of attention. One lady called us from Holland to ask if she could bring a group of at least 50 people, which is a lot to cater for!

“We will do our best to give them a warm welcome and I know many of the other businesses plan to do the same. We have an annual summer party with a and live music anyway, so we could have it that weekend.

“It’s early days yet but we’re considering letting people camp in our beer garden as we imagine there will be a lot of demand for it.

“His death had a huge impact and it’s still being felt. We’ve had fans coming in every weekend to have Sunday lunch and pay their respects.”

Vivienne Lee, who owns the Chocolate Café in High Street, said: “We’ll have to make sure we’ve got extra staff on duty and are as prepared as possible. We’ll need all hands on deck to make sure it goes smoothly.

“I’m not sure what to expect as I’ve never dealt with something like this before but I guess it would be appropriate to have his music playing and things like that.

“We were pretty much overwhelmed on the bank holiday Monday after his death. Our kitchen capacity is limited but we will do our best and by the summer we will have outside seating, which will help.”

Phil Kingsland, who owns café in High Street, said: “We’re planning to accommodate more people as there’s been a lot of talk about visitors arriving in large numbers.

“We already have a private function booked in that weekend so it could be a bit of a nightmare but we will do our best. We’re also considering opening on , which we don’t usually do.

“We missed a lot of the initial rush when he died as we were shut until January 3 but we’ve still got lots of people coming in to ask questions about him now. It has slowed down but it hasn’t stopped.”

Caroline Pierrepont, who runs the Goring Grocer in High Street with her husband Stuart, said: “It was pretty mad when he died as we had visitors from all over the world.

“I personally found it quite surprising but I guess it’s important for some hardened fans to make the journey. I guess it could happen again as I know the Miller has been fully booked for weeks – we shall just have to see.”

At a Goring Parish Council meeting on Monday, members agreed to ask Oxfordshire County Council, the highways authority, whether it believed marshals were needed to prevent people from walking the roads.

They also agreed to discuss setting up a temporary on the green space at Ferry Lane, which the council owns.

Chairman Kevin Bulmer said: “Large crowds of people can present a safety risk and I think we need to be proactive about this instead of being rushed off our feet.

“We were very much caught by surprise when he died. It was an incredible shock to the community and I’m pretty sure the number of visitors over that period was greater than our total population.

“This is going to be a long-running issue and will need further discussion in months to come. He was a star of international stature and lived in the village for a very long time so it isn’t going to quieten down or go away.

“For example, we’ll also need to think about the impact on our Christmas Eve torchlight parade. That attracts 4,000 people by itself and falls just before the anniversary of his death, so imagine how chaotic it could get.

“We don’t want to think of it in commercial terms for obvious reasons, but it is true that there will be extra demand for our services and facilities.

“We want to address this positively but are keen that the village doesn’t come to a grinding halt.”

The council is also considering a permanent memorial to Michael and will consult residents later in the year. Villager Ron Bridle is in talks with his family to discuss what they feel would be appropriate.

Councillor Bulmer said: “We have no preference in the matter but want to know what other people think.

“Everything is up for discussion as it is too soon to take the idea any further. He hasn’t even been buried yet and I think more time should be allowed to pass before we think about the next steps.”

The cause of Michael’s death hasn’t been formally determined but his manager says it was heart failure. An initial post-mortem proved inconclusive and police have requested further tests, the results of which are yet to be confirmed.

Michael’s partner Fadi Fawaz, who found his body, initially appeared to post on Twitter that the singer had killed himself but later denied this and said his account had been hacked.

Last month his childhood friend Andros Georgiou claimed he had relapsed into hard drug use and was regularly consuming crack cocaine in the run-up to his death.

His fans’ floral tributes are now being composted for use in his garden while the cards have been sent to his family.

Biffa, South Oxfordshire District Council’s waste contractor, has recycled or disposed of the wrapping and packaging.