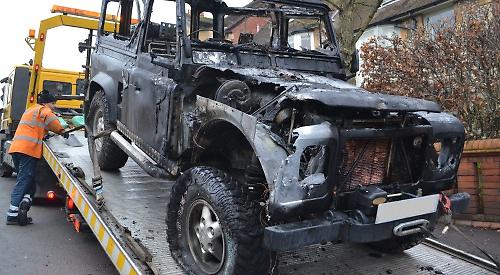 The vehicle, which the owner had recently fitted with new tyres and steps, caught alight at about .

Her mother, who didn’t to be named, said the 4x4 was her daughter’s “pride and joy” and that she was “distraught”.

Neighbours spotted smoke coming from the vehicle and alerted the owner, who lives a few doors up from where it was parked.

The family rushed to the scene and used a fire extinguisher in to bring the fire under control, along with several neighbours, but to no avail.

The owner’s mother told the Henley Standard: “They did contain it for a little bit but then it just went up with a full tank of fuel.

“It had just had its MOT and had a lot of work done on it. I don’t know what could have gone wrong. It’s irreplaceable.”

A fire engine from Caversham arrived at about 7.30pm and the crew extinguished the blaze. 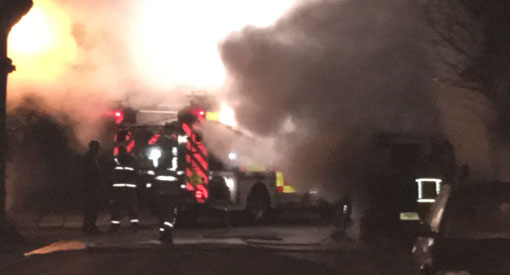