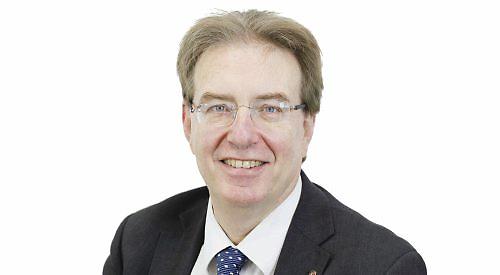 JOHN HOWELL says he is still optimistic about Brexit even though he didn’t vote for it.

The Henley MP was speaking at a meeting he organised to discuss Britain’s decision to leave the European Union and to hear residents’ concerns about the negotiations.

About 30 people attended the forum at the Christ Church Centre on Friday evening.

Mr Howell was quizzed on issues including workers’ rights, particularly for UK nationals living or working in other parts of the EU, the free movement of people, trade relationships and protection for the scientific sector at Culham.

During the debate the decision to leave the EU was branded “silly” by members of the audience.

“I can’t rule it completely out but what I would say is that at the moment there’s no great desire to have a second referendum,” he said.

“I think the experience of this one has so clouded people’s judgment.”

He said it would also destabilise Britain’s negotiations with the EU and lead to the country being given the “worst possible offer”.

“Nevertheless, on June 23 a vote was held and a decision was made and what we have to do is implement that decision and that’s the position I’m in.

“I remain optimistic about Brexit because I have seen the amount of work that is going into it to make it right. In terms of the process as a whole, I don’t think it’s a mess.”

Mr Howell said was looking for an arrangement to be put in place as soon as possible which guaranteed the rights of EU citizens currently working in the UK and did the same for British citizens working overseas.

“We have quite a lot of EU nationals in this constituency,” he said.

However, he added: “The referendum result meant you’re not going to get free movement of people. It’s just not on the cards.”

“It’s very difficult to see where the press are getting the idea that Parliament isn’t involved,” he said.

“Very few, and even none, of the debates we have had in both Houses have been reported by the mainstream press, which is a great shame.

“Don’t believe a single word you read in the press. I’ve given up reading the press, for example. It’s not worth the paper it’s written on.”

A man in the audience repeatedly questioned Mr Howell on the Conservatives’ 2015 manifesto commitment to the single market but he replied that this had been overridden by the commitment to honour the decision of the referendum.