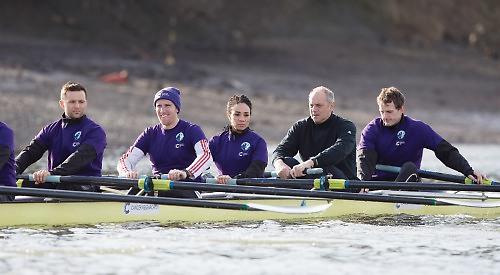 YOU may well recognise some of the famous faces in this boat.

There’s Sir Steve Redgrave, five-time Olympic champion and now chairman of Henley Royal Regatta, but most of the others are not rowers at all.

They are celebrities who are to take part in a special boat race in aid of Cancer Research UK.

Sir Steve is coaching one eight while his former  James Cracknell is preparing the rival boat. The event will take place on the River Thames on the same day as the actual Boat Race on April 2 and will be broadcast on BBC 1.

If you’re looking for a winner, listen to Strictly Come Dancing winner Ore who says: “This is the kind of group that will find it quite easy to fall in the water.”