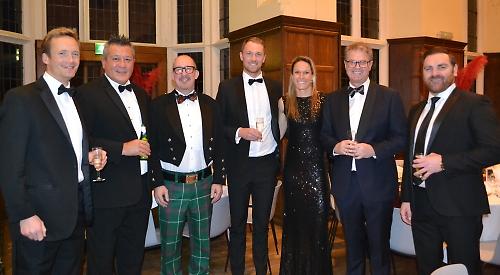 Old Viking and antiques expert Jonty Hearnden hosted an auction and live music was provided by another former pupil, The Voice contestant Jamie Bruce and his band. Guests enjoyed a champagne reception followed by a three-course dinner.

The event raised more than £8,400, which will help pay for pupils to go on sports tours.

Headteacher Gregg Davies, a former international rugby referee, said: “The dinner was a resounding success and I’m very grateful to all who attended and helped to make it such a fantastic evening.

“We were fortunate to be joined by stars of the sporting world, each with fascinating and compelling stories. Each was an absolute credit to their sport.”