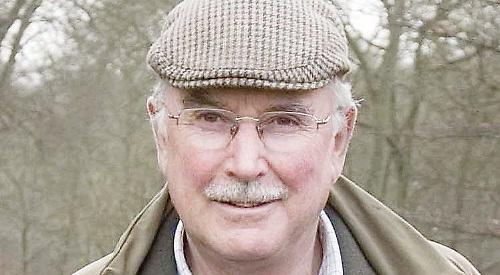 ORGANISERS of the Henley Show are counting the cost of poor  weather.

The Henley and District Agricultural Association has recorded a deficit of £9,000 due to a smaller than usual number of visitors to its flagship event last year.

The 125th annual show in September was almost a washout due to persistent rain.

Andrew Ingram, who chairs the association, said it was the worst weather at the event that he could remember.

Speaking at the association’s annual meeting at Hambleden village hall, he said: “In 30 years of my involvement with the show I have never known a day when it poured all day. It was a real shocker. This had a massive impact on the revenue of the association.”

But he added: “Despite the rain, we had a great show and in the opinion of many of our visitors this was one of the best ever.

“My overriding feeling was one of total disappointment for all who had made the show what it was. It was a very good show.”

Mr Ingram reported that the association’s two other annual events — the  sheepdog trial in July and the ploughing match in October —  were successful.

He said: “The sheepdog trial had a good number of competitors and visitors and great weather.

“In October we had the ploughing match at Frizers Farm, one of our best locations for this event.”

He said it was a “wonderful” day with perfect weather and one of the best ever attendances.

Mr Ingram thanked Nicky Craig, a new committee member, for organising the Heavy Horse Village at event, Lord and Lady Phillimore for the use of their land and other committee members for their hard work.

He also thanked outgoing president Richard Ovey for his support during the year,  Urs and Francesca  Schwarzenbach for the use of their land for both the show and sheepdog trial and patrons Sir William and Lady McAlpine.

Mr Ovey, whose great-grandfather founded the show in 1891 and who lives on the Hernes Estate in Badgemore, said: “[My wife] Gillian and I have really enjoyed this year enormously. Thanks to so many people here and not in this room.” Mr Ovey is succeeded by Richard, the Earl of Macclesfield, who said he was “honoured” to take on the role.

He said: “I have been involved in agriculture since I was a child, working on the family farms and enjoying my favourite pastime — shooting.

“After attending Stowe, I worked on a fruit farm in Worcestershire until going up to read agricultural science at Worcester College, Oxford.  After graduation, I worked on a dairy farm in Sussex until I took over the tenancy of Portobello Farm at Christmas Common on my family’s estate.

“There, I farmed beef and sheep and my hobby of shooting led me to set up a game dealing business, which I later expanded to include distribution of meat and fish to restaurants and other commercial enterprises from Le Manoir aux Quat’Saisons to Gabriel Machin’s in Henley.  I continued to run this business from Shirburn Castle when Sandy and I moved here after the death of my father.”

In 2004 he retired and he and wife moved to North Stoke.

The Earl paid tribute to the work of the association.

He said: “The difficulties farmers face today are evidenced by the declining numbers entering or staying in the profession.  It is a harsh environment and it is only the love and compassion for the animals and the countryside that preserve it.

“Challenges are great and in order to preserve the countryside we must all make those not so fortunate to live and work in rural areas aware of the difficulties and benefits.

“The Henley Show, under the expert guidance of the Henley and District Agricultural Association, embodies all that is good in farming and conservation.

“In my presidential year, I hope we can continue to educate the non-farming community in the benefits accruing to them by farming and the importance of agriculture in the continued stewardship of the countryside.

“I believe that the more the public are aware of the difficulties and benefits of the stewardship of the countryside by farmers, the more they will appreciate what it offers.”

This year’s sheepdog trial will take place on July 23 and the show on September 9, both at the Henley Showground in Hambleden.

The ploughing match and country market will be held at Bishopsland, Dunsden, on October 1.