Couple with two restaurants to take over pub 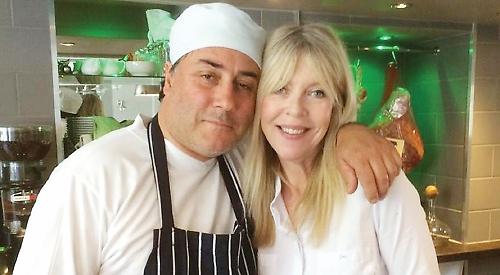 A COUPLE will open their third business in Henley next month.

Nuno Rosado and Ondine Carrington are the new tenants at the Old Bell pub in Bell Street.

They have been running Portuguese restaurant The Square in Market Place for four years and last May opened the Al Forno restaurant in Reading Road.

The Brakspear pub will have an interior makeover in the next few weeks.

Ms Carrington said: “We’re thrilled to be taking the keys to the Old Bell and looking forward to welcoming customers old and new. We’ll be offering a great range of drinks, served by friendly, professional staff in a relaxed atmosphere, which we think will have wide appeal, particularly to local businesspeople wanting a lunchtime or after-work drink.

“It’s great to have the Bell Street Brewery ales on tap and we’re also one of the pubs on the Henley Ale Trail, so we’re expecting a good beer trade. We’re pleased to be back working with Brakspear, having previously run Ko-Ko, which is now the Bull on Bell Street.”

The pub’s former tenant Rob Myles-Hooton died suddenly earlier this year after three years at the pub. He and his wife Pamela had already decided to leave to set up a vegan restaurant.