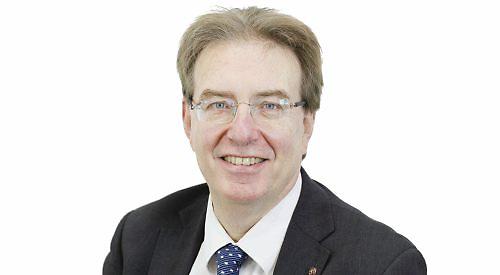 HENLEY MP John Howell has condemned the terrorist attack on London on Wednesday.

Four people died when a man drove a 4x4 into pedestrians on Westminster Bridge and then stabbed PC Keith Palmer in the grounds of Parliament before being shot dead by police.

At least 40 others were injured with seven still in a critical condition.

Seven people have been arrested and police have raided six addresses in London, Birmingham and elsewhere in connection with the attack. Prime Minister Theresa May condemned the attack as “sick and depraved”.

Mr Howell said: “The Prime Minister was right, this was a depraved attack.

“The police have been quick with taking this investigation further and there have been arrests around the
country. This tells you how well we are set up to deal with terrorist incidents.

“My first thoughts are with the family and friends of those who have been killed.

“This was a tragic incident and we have to recognise there has been significant loss of life.

“My thoughts are with the police and security at the House of Commons who did a fantastic job in controlling this event and keeping us all safe. I don’t think I can praise them enough.”

Mr Howell was inside the chamber from 3pm to 7.15pm while business was suspended and members were told to wait inside by Commons leader David Lidington.

“During that period the atmosphere was very calm with people talking to each other,” he said. “No matter what your political party, people realised we are all in this together.”

Parliament sat as normal on Thursday following a minute’s silence for PC Palmer.

Mr Howell said: “There is a lot of work to be getting on with. Parliament is not a play thing, it is the centre of British democracy that will not cower to terrorists.”

He said: “On behalf of all my colleagues in Thames Valley Police, I offer my sympathies to all those affected by the serious events in London.

“I want to assure the people that Thames Valley Police and its partners will be reviewing all security in light of the incident.

“Although I think it is important to stress that there is no specific intelligence suggesting an imminent threat to Thames Valley, we will continue to review our deployments and take all possible steps to keep people safe.

“It is also incredibly important at times like this that communities come together and support each other. Should anyone have any concerns or see anything suspicious I would urge them to report it immediately.”