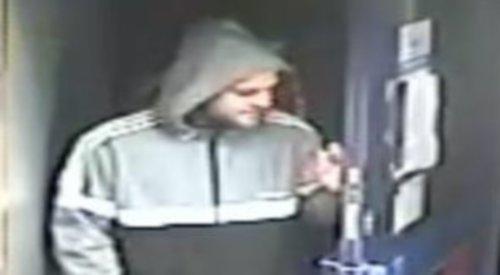 POLICE have issued a CCTV image of a man they wish to speak to in connection with a knifepoint robbery in Caversham.

A 23-year-old man was walking down an alleyway between Falkland Avenue and Southview Avenue in Caversham when he noticed a man leaning against a fence at around 5.10pm on November 21 last year.

Further down the alleyway, a second man appeared from behind a bush.

As the victim passed them both, he heard running from behind.  He was pushed with his back against the wall by the two people he had just seen.  The taller of the two held the victim by his jacket and held a seven inch knife near his face.  The shorter male brandished a flick knife.

They also stole his backpack, which contained a laptop, bank cards and other electrical items.

Designated investigator Shelene Potter, based at Reading Police station, said: “While it was fortunate that the victim did not require hospital treatment, it was a nasty robbery which left him very shaken up.

“We would urge anyone who recognises the person in the CCTV image to contact us on 101 or if he recognises himself then please get in touch as he may have vital information about this robbery.”

The victim’s bank cards were subsequently used to make contactless purchases in the Caversham area.

A 15-year-old boy from Caversham was arrested on suspicion of robbery in connection with the incident and is on bail until April 7.

If you have any information call 101 quoting reference 1119.