Men 'lucky to be alive" after helicopter crash 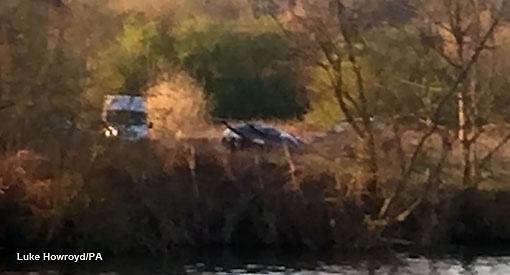 A HELICOPTER pilot and passenger had a lucky escape after their aircraft crashed in Caversham.

It came down in The Warren, close to the River Thames, between two houses, narrowly missing an overhead power cable on Friday just before 6pm.

The men suffered just minor injuries in the crash and managed to free themselves from the wreckage before firefighters arrived.

Crews, officers and specialist teams from the Royal Berkshire Fire and Rescue Service were sent to the crash at about 5.50pm after Thames Valley Fire Control Service received a number of 999 calls.

Firefighters from Caversham Road were first on the scene and followed by an officer.

Group Manager Paul Jones said: “They were extremely lucky – it’s very rare for people to get out of helicopter crashes alive, they normally come down at a rate of knots.

“It was in distress and the pilot managed to get it down to 20 to 40 metres and then came down, turning the helicopter over. They were very, very lucky to get out alive.

“Our crews, officers and specialist teams did some good work in getting to the scene quickly and making it safe.”

The initial crew of firefighters were followed by a crew from Wokingham Road, the heavy rescue unit from Dee Road Fire Station, foam equipment from Whitley Wood and a 4×4 vehicle from Maidenhead.