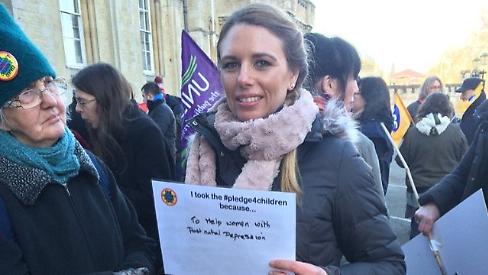 A WOMAN who campaigned to save Henley’s bus services is to stand as an independent candidate in a town council by-election on May 4.

Donna-Marie Crook, 42, of Abrahams Road, will contest the seat in the town’s North ward, which was vacated by Dylan Thomas, a Conservative, last month.

The part-time cleaner, who runs her own craft business, will be up against Henley district councillor and former town councillor Joan Bland, a Conservative, and a candidate from Henley Residents’ Group whose name is yet to be announced.

Ms Crook said she was inspired to stand after running a campaign in response to Oxfordshire County Council’s decision to axe all its bus subsidies.

She says she will continue lobbying for improvements to Whites Coaches’ 151 to 154 routes which link the town centre and outlying residential areas.

These would have folded when the subsidy was cut last year but the town council has continued to fund them and its bus working group, of which Ms Crook is a member, is looking at ways to keep them going on a commercial basis.

She also wants funding for six of South Oxfordshire’s police community support officers reinstated after the district council cut £100,000 from its contribution.

Ms Crook, who has lived in the area all of her life and has a 17-year-old daughter Olivia, also wants to see a new facility for teenagers to replace the Henley Youth Centre in Deanfield Avenue, which closed in 2015.

Ms Crook said: “During my bus campaign I had to attend a lot of town council meetings and that’s when I realised that there are so many issues in Henley that need to be addressed.

“I don’t think we should get rid of the PCSOs as they are an approachable presence and very much valued by residents.

“I’d also like to see greener buses operating in Henley and more people using them as we should be getting people out of their cars.

“I think a lot of people in Henley are struggling and need help understanding the changes which are coming to the benefits system so that they don’t lose out.

“Henley also needs somewhere safe for young people to socialise because not every family can afford after-school activities.

“I feel I’m the right candidate as I am forward-thinking with a strong vision. I’m not doing this for myself but for the people of Henley.”

Mr Thomas, of Northfield End, Henley, had to step down after taking a job in the civil service which required him to be politically impartial. He had been on the council since May 2015. 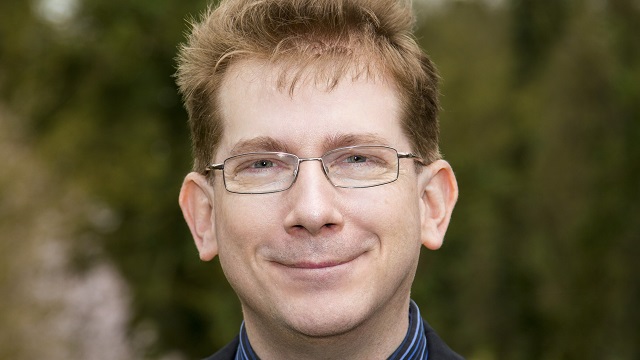 Meanwhile Glen Lambert, above, of Greys Road, has been announced as the HRG candidate for a by-election in the Henley’s South ward seat vacated by former mayor Martin Akehurst, a Conservative who resigned on health grounds earlier this month.

The Tories are fielding businesswoman Yasmina Siadatan, who won the BBC’s The Apprentice in 2009.

Mr Lambert, a father-of-two, has lived and worked all his life in London and the Thames Valley and moved to Henley with his family a decade ago. One of his children attends Gillotts School while the other goes to Valley Road Primary School.

He first stood for HRG in the 2015 town council elections and says he “thoroughly enjoyed” canvassing despite not winning a seat.

Mr Lambert, who works in IT, said: “It’s mostly about the general principle of getting involved with community matters.

“Moving to Henley was a carefully considered decision and one we don’t regret as we fell in love with the town and the lifestyle it offered.

“Henley punches well above its weight for such a small town. There are so many festivals, shows and events in the Henley calendar each year that there’s always something going on and something else to look forward to.

“We have no intention of leaving and if you know you’re going to live somewhere for a long time why wouldn’t you get involved in local politics?

“I am a logical thinker and a creative problem-solver and would love the chance to serve the town I love.

“HRG has an amazing record of achievement in working for the town independently, answerable only to the residents.

“I feel Henley Town Council should be controlled by people whose first loyalty is to the town and the people of Henley, not to the Conservative party machine.

“Councillors should vote for the good of Henley at every turn, not just look the other way or abstain when they find themselves caught between Henley and their party.

“I want a town council that will fight the policies of district and county councils when they’re bad for Henley, not simply roll over and implement them on behalf of their higher-ups. Henley deserves better than that.”

l Oxfordshire County Council’s elections will also take place on May 4. The Henley seat will be contested by incumbent David Nimmo Smith, a Conservative, and HRG’s Stefan Gawrysiak, who are both town and district councillors.