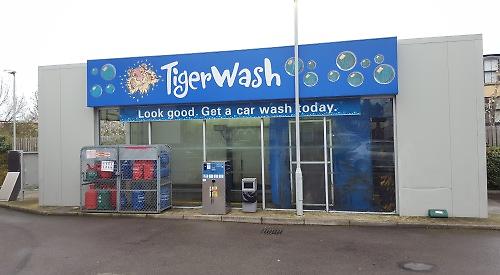 THE owner of a petrol station has agreed to pay £2,000 for two drivers’ vehicles to be repaired after they were damaged in its car wash.

When he took it to be repaired, mechanics put him in touch with another driver whose Range Rover Vogue had been heavily scratched by the car wash on the same day.

Mr Fewtrell had to pay more than £600 for a new spoiler and says the other driver, a woman who also lives in Shiplake, paid about £1,400 for new paint and body work on her 4x4, which she had purchased only two weeks earlier.

Euro Garages, which owns the petrol station, initially refused to compensate the pair, saying drivers used the car wash at their own risk and this was clearly signposted on site.

However, it backed down after Mr Fewtrell told them he had contacted the Henley Standard. The 60-year-old, who works in wealth management, purchased his Range Rover about a year ago and had used the car wash to clean it on several previous occasions.

Two weeks ago, he had just driven inside and stopped to let the automatic cycle begin when one of the brushes descended too steeply, clipping the back of the vehicle with a loud bang.

Mr Fewtrell initially thought he had been hit by another car but looked in his rear view mirror to see his spoiler, which houses one of the 4x4’s brake lights, dangling by its electrical cables.

He said: “I just went into the car wash as normal when there was this almighty crash and bang which shook the whole car.

“There’s a sensor that’s meant to work out your position and I suppose it didn’t work properly. It must have come down with some serious force to take the spoiler clean off like that, so I wonder how dangerous it is.

“I’d used it a couple of times before without any problems so it was quite a shock.”

Mr Fewtrell went straight to Shiplake Motors, which told him about the other incident when he returned to collect the vehicle.

He said: “They told me, ‘you’re never going to believe it, but a lady has come in with another Range Rover that’s even more damaged than yours’.

“I was surprised but it goes to show there’s a problem with that car wash. I spoke to two people at the petrol station, the station manager and an area manager but they all said it wasn’t the company’s liability. I stressed that I wasn’t the only one — the other lady and I are regular customers who’ve spent hundreds of pounds over the years on petrol, sandwiches and things like that, so I argued it was in their interest to think twice about turning down our claim.

“I said it would be bad publicity to ignore it as I’d approached the Henley Standard and everyone in Shiplake was talking about it.

“They weren’t interested at first but they eventually changed their tune and got back to both of us with a written offer.

“However, that car wash is still open and I still think they need to either close it or improve the signage because it could happen again.”