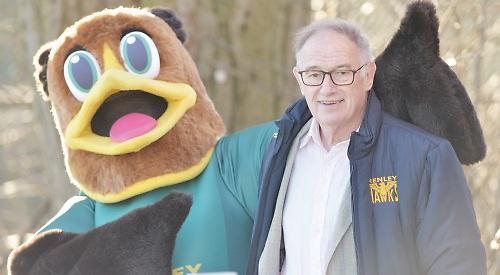 THE chairman of Henley Rugby Club is resigning after four years.

Mike Trethewey, 72, who was elected almost four years ago, will step down at the club’s annual meeting next month.

He said: “I need a break — I have been doing it for four years 24/7. I was retired and could devote that time to it and it needs that time devoted to it.”

Mr Trethewey, of Queen Street, Henley, said it had been an honour to be club chairman.

“Henley Rugby Club is important to the town,” he said. “It is all centred on the town and by that I mean the people who watch, most of the people who play and all the people who support us, the businesses, are from Henley.

“The thing I’m most proud of is stabilising the finances because when I took over the club generally lost money — and some significant amounts of money on a fairly frequent basis — and that is no basis to run a rugby club.”

Mr Trethewey said he was also proud of overseeing the refurbishment of the clubhouse at Dry Leas.

The club needs to raise between £30,000 and £40,000 for the second phase in which new changing rooms will be added to the clubhouse.

The annual meeting will take place on May 17 and five days later Mr Trethewey will leave for a two-month holiday in Canada, America and Australia. He will also visit New Zealand, where he will watch the touring British and Irish Lions.

He said: “I quite want the break and I don’t think it’s right for the ex-chairman to hang around when the new chairman takes over because I think they should have a fair crack at it.

“I’m looking forward to it — it’s like a busman’s holiday. It’s the best rugby team in world you’re going to watch and the second best team so I think you can’t beat that.”

Chris Nixon, the club’s facilities director, is the only person to be nominated for the role of chairman to date.

Financial director Gary Parke and president Mike Thomas have both offered themselves for re-election.

The club’s auction of promises, which was due to take place on Friday was cancelled due to “lack of numbers”.

The club apologised to those who had confirmed they were attending. Bidding for the online auction will finish at midnight tonight (Friday). To make a bid, visit https://goo.gl/ioHKw1