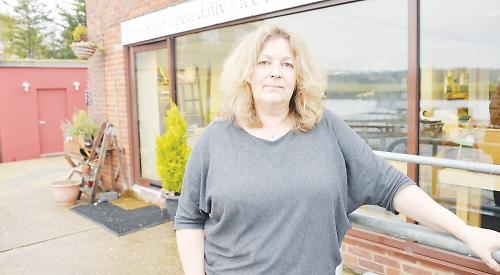 THE ruling Conservatives on the town council have been heavily criticised after scuppering a deal to buy the “Love Henley” brand.

The council was negotiating with public relations and management consultant Alison Hussey to purchase the name to use as a marketing tool, aiming particularly at visitors.

But last week the Conservatives changed the name of their Twitter account from @HenleyTories to @LoveHenley despite a sale not having been agreed.

Now a deal looks unlikely as the account was being used by the Tories to campaign in the two town council by-elections and the Oxfordshire County Council elections on Thursday, May 4.

The opposition Henley Residents’ Group has accused the Conservatives of “contaminating” the Love Henley brand.

And there was more criticism by town manager Helen Barnett and town clerk Janet Wheeler in emails seen by the Henley Standard.

Mrs Barnett said the Conservatives had “precluded” a deal being done as the issue was now “political”. Mrs Wheeler’s email, which was sent to all town councillors, prompted the Conservatives to change their Twitter handle to @LeadHenley.

She said: “I am asking that all 14 councillors stop being political for one second and start thinking about the reputation of Henley Town Council.

“We cannot allow continued use of @LoveHenley — a brand that the town council may have bought which is now being used continuously by the Henley Conservative party.

“Helen and I are at our wits’ end because the messages that Helen has been sending out since before the weekend have been blatantly ignored by councillors.

“Please will you do the right thing and stop this tweeting now so that maybe, just maybe, this lady will not sue us.

“I cannot countenance this potential waste of public money and if nothing is done I fear we will be in a legal dispute which we must try to avoid at all costs.”

Ms Hussey issued a clarification on Twitter under her @LoveHenleyInfo account, saying: “For the avoidance of doubt, the successful & loyally supported local brand Love Henley has no affiliation with @HenleyTories #NotInMyName.”

Town and district councillor Stefan Gawrysiak, who is standing for Henley Residents’ Group in the county council elections, slammed his rivals.

He said: “The town clerk and town manager have spent an awful lot of time actually discussing with the council the purchasing of this brand, which would have been very good as a vehicle for marketing Henley.

“I was shocked when I heard that the Conservatives had got a brand that had a similar name and this should have been declared during the discussions of the town council.

“At least someone on the Conservatives knew that this brand was going to be used for the elections and someone in the three meetings we have had on this matter should have said, ‘by the way, we have got this Love Henley Twitter handle’.”

Cllr Gawrysiak said he wanted to know which Tory councillors knew about the feed,

He added: “The Conservatives really need to apologise to Henley Town Council for the waste of time we have had on this and also to Alison Hussey for devaluing her brand and contaminating it.”

He has asked for the issue to be put on the agenda for next week’s finance strategy and management committee meeting and for the Mayor Julian Brookes to make a statement.

Fellow HRG councillor Kellie Hinton wrote on Twitter: “You should be ashamed of yourself for stealing a local brand, established for four years to support local business. Shame on you.”

Dieter Hinke, chairman of the Henley Conservatives, said there was no intention to do anything wrong.

“It probably occurred through lack of communication between different parties,” he said. “At the end of the day if we can’t use it, we can’t use it.”

David Nimmo Smith, leader of the Conservative group on the town council, would not comment.

Councillor Sara Abey, who is responsible for the Conservatives’ Twitter feed, could not be reached for comment.