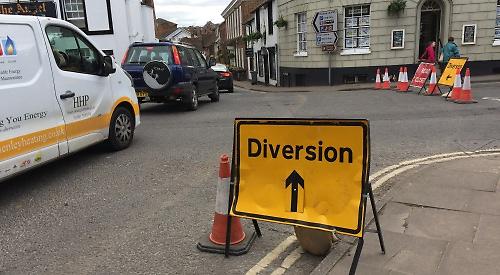 Hart Street has reopened after emergency work to repair a sewage pipe.

The road was opened to traffic earlier this morning (Thursday), having been closed since Sunday after a number of defects were discovered in the pipe while workmen for Thames Water carried out a routine blockage clearance.

The company said the work was needed to prevent flooding which could affect nearby homes and businesses.

The closure between the junctions at Duke Street, Bell Street and Market Place and Henley Bridge led to long tailbacks in the town, with traffic queuing for up to an hour on approach roads.

Contractors Cappagh Browne were also delayed on Monday due to a broken hose on the digger but the hole used to access the pipe was filled on Tuesday and tarmac was applied to the surface last night.