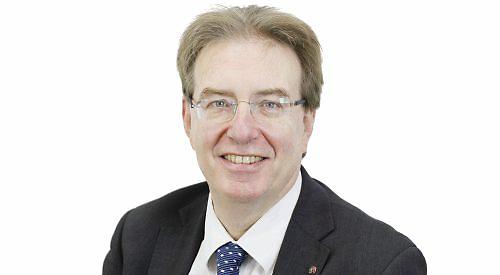 The country will go to the polls on June 8 following Theresa May’s surprise announcement on Tuesday.

Mr Howell said: “In the first instance this is about strong and stable leadership in a confusing world.

“We have North Korea, Syria and the situation with Russia. It’s absolutely essential and in the British interest to have strong and stable leadership, which she can provide.

“If you think about the alternative being Jeremy Corbyn, we will have a very clear picture.

“Having a strong and stable leadership is a prerequisite to doing anything in the world. The decision taken is a very commendable one.”

In 2015 Mr Howell retained his seat for the Conservatives with a majority of more than 25,000 votes.

He said: “I am continually campaigning and pressing the Conservative cause in the constituency because I don’t think you can take anything for granted.”

Liberal Democrats candidate Laura Coyle said: “This election is a huge opportunity for voters in Henley to change the direction of our country and prevent a disastrous hard Brexit.

“People in the Henley constituency voted decisively to remain in the EU and certainly did not vote for the extreme form of Brexit that Theresa May has imposed on us after being backed by Labour.

“For all those who want to protect our local economy by staying in the Single Market and ensure the people have the final say over what comes next, this is your chance.”

Reading East MP Rob Wilson will be standing for
re-election.

Mr Wilson, whose constituency includes Caversham and Emmer Green, said: “I have worked tirelessly on behalf of my constituents to drive growth in jobs, apprenticeships and training opportunities; support local businesses so that our economy is robust and enterprise can flourish; secure vital funding for new and existing schools, transport infrastructure and our NHS services and accelerate unprecedented progress towards a third Thames bridge.”