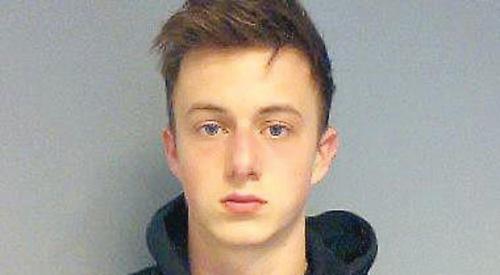 A TEENAGER has been jailed for almost five years after admitting causing death by dangerous driving.

Daniel Beaumont, 18, of Springfield, Ipsden, was drunk when he caused a crash involving his Vauxhall Corsa, a lorry and a motorcycle on the A4074 near Ipsden in the early hours of November 29 last year.

Motorcyclist Michael Dix, 27, from Reading, died at the scene.

On Tuesday, Beaumont pleaded guilty at Oxford Crown Court to causing death by dangerous driving and driving while over the prescribed alcohol limit.

He was sentenced to four years and eight months in prison and disqualified from driving for five years. He must pass an extended test to drive again.

Mr Dix, who had been on his way home from work, was married with a three-year-old son. Pc Julia Stroud, the investigating officer, said: “This was a tragic incident in which Michael Dix, through no fault of his own, lost his life.

“Daniel Beaumont got into his vehicle while drunk and drove, regardless of the safety of other drivers or his own passengers. He could easily have caused greater loss of life that night.

“Our thoughts are with the family and friends of Michael Dix at this time.”