Counselling service in search of premises 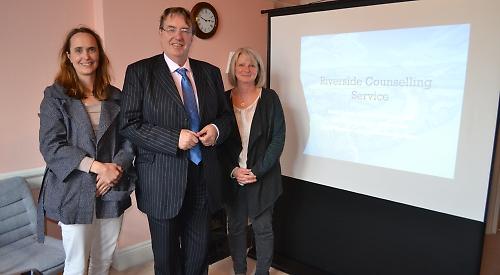 A COUNSELLING service in Henley was told it would cost more than £20,000 a year for the use of two rooms at the new Townlands Memorial Hospital.

Riverside Counselling is looking for a permanent base but said it could not afford to move to the “health campus” in York Road.

Last year, the charity spent more than £13,000 on renting 12 rooms in Henley and Wallingford, including Citizens Advice and Henley Volunteer Bureau, both in Market Place.

The rooms it was offered at the hospital were not on the top floor, which has been empty since Sue Ryder pulled out of a deal to relocate its Nettlebed hospice in 2014.

Riverside director Hilary Arthur said it would have been helpful if the service could use the empty space until a tenant was found.

But she said: “We weren’t offered rooms on the top floor but rooms elsewhere in the building. They were too expensive and, as we are a charity, not affordable.”

NHS Property Services, which owns the Townlands site, had been in negotiations with the Bell and Hart surgeries about moving into the top floor but the GPs were not prepared to pay a reported rent of £250,000 per year.

Riverside, which was founded in 1989, works from 10 locations in the area, including six in Henley, and has about 30 counsellors who work on a voluntary basis. It has more than 100 clients, twice the number of a year ago, who contact the service themselves or are referred from the NHS.

The charity says that without a building of its own it has to rent rooms but has nowhere to store its files and equipment and any non-counselling work has to be done from volunteers’ homes.

The charity approached brain injury charity Headway Thames Valley about using Brunner Hall in Greys Road but was quoted £40 for three hours per room, which it felt was too expensive.

It is given £5,000 a year by Henley Town Council and also receives money from charitable and trust funds, including the Stuart Turner Foundation.

It recently received a £65,000 grant from South Oxfordshire District Council to expand into Didcot and Berinsfield.

Riverside also has a link with The Henley College, where it says one in five students suffers from mental health problems.

Henley MP John Howell has pledged to support the service after being given a presentation about its work.

He said: “I would like to see more people feel able to refer themselves for mental health problems and training for a range of people, including myself and my staff.”