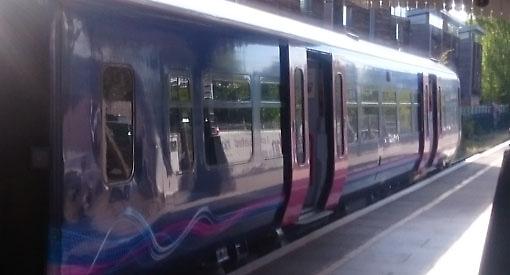 PRIME Minister Theresa May has asked rail chiefs for evidence that a new train timetable affecting Wargrave will guarantee punctuality.

The Maidenhead MP wrote to Mark Hopwood, managing director of Great Western Railway, after campaigners criticised the company’s decision to reschedule services on the Henley branch line from next month.

The current 45-minute shuttle service will be replaced by a 30-minute service, offering faster travel for residents of Henley, Shiplake and Twyford by alternate trains missing out Wargrave during off-peak periods. This means Wargrave will have only an hourly service during those times.

In addition, through trains to London will be scrapped in December.

GWR says the change will benefit the majority of passengers using the line and any services lost during the day will be replaced by extra trains in the evenings.

It also says Wargrave’s half-hourly service will be restored once the branch line has been electrified but this project has been deferred indefinitely.

But Wargrave rail travellers claim the half-hour shuttle is unrealistic and will mean passengers going to and from London will miss connections at Twyford when there are delays.

Philip Meadowcroft, founder of the Wargrave User Group, said: “The cancellation of both evening peak through services from Paddington to Henley on March 2 and the missed connection at Twyford when the 18.05 service was delayed are reminders of severe operational disruption which continues to plague the services which interest us.

“There is a serious risk of significant increases in the number of stranded homecoming Henley branch line users at Twyford between 5pm and 8pm on weekdays and folk returning to Wargrave during weekday late mornings and afternoons.”

Mr Meadowcroft and fellow campaigners Edward Marshall and Richard Wilson outlined their concerns to Mrs May the day after a meeting with Mr Hopwood, when he said the new timetable was achievable provided trains were punctual.

In her letter, Mrs May said: “I understand that GWR has committed to ensure punctuality since it is an essential requirement to enable the proposed timetable changes in May and December to deliver the intended services.

“Punctuality of the connectivity of services at Twyford is, of course, vital to all users of the branch line, including Wargrave. I want to know what analysis you have made to give you confidence that trains will be punctual so that the branch line users are not further disadvantaged by the revised timetable through missed connections at Twyford.”

Mr Hopwood said he was confident the new shuttle would work, pointing out that GWR pays penalties if trains are late because it cannot keep to a timetable.

In a letter to Mr Meadowcroft, he said: “I don’t agree that the 30-minute timetable is unsustainable. I would not be introducing it if it was.

“I want to provide a better service. This does not come from operating a timetable that is not robust.

“I know you have qualms but this is something that we have checked and double-checked. No timetable can ever guarantee that every connection will be met. There will always be circumstances that affect performance.

“However, as demand grows, we must increase frequency if we are to be able to offer customers the level of service they need.

“You could argue that an hourly service throughout the day would have a much better chance of perfect reliability, meeting all connections, but it would be the wrong choice for customers.”