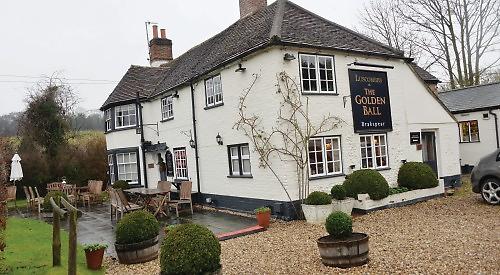 A RESTAURANT chef who was fined more than £4,000 for serving customers unsafe food has said it was a “one-off”.

The court heard that two diners suffered food poisoning and others suffered symptoms after eating a dish containing the meat.

Since the incident, the restaurant has improved its Scores on the Doors food hygiene rating from one out of five to five. Luscombe, who has run the restaurant since 2008, said he regretted the incident and vowed there would be no repeat.

He told the Henley Standard: “This was a one-off incident that I very much regret. I accept the court’s position and I have learned from this and have taken all appropriate steps to ensure that nothing of a similar nature will happen in future.

“The court commented on my exemplary safety record and my long-term commitment to consistently high standards and service and therefore imposed a reduced fine. I am proud of my restaurant and I am grateful to have so many faithful customers. I will continue to serve delicious food with pride and responsibility.”

In court, Luscombe admitted serving food that was unsafe as it had been inadequately cooked and failing to implement and maintain legally required food safety procedures, including those for the safe cooking of high-risk foods.

The magistrates heard that environmental health officers from South Oxfordshire District Council investigated after a member of the public who had eaten at the restaurant suffered campylobacter food poisoning.

This is caused by bacteria found on raw or undercooked meat, unpasteurised milk and untreated water.

The officers carried out an unannounced inspection at the Golden Ball and found the calves’ liver offered on a set menu had been cooked at too low a temperature.

The restaurant was found to have no protocol to ensure high-risk items such as this were cooked according to recommendations from the Food Standards Agency.

It also failed to complete required monitoring records for almost three months, meaning it was failing to meet its legal requirements for food safety.

Diane Moore, food and safety manager at the council, said: “This case demonstrates how important it is for businesses to follow food hygiene rules and make sure food is safe to eat. Liver is a well-publicised potential source of campylobacter food poisoning, which in some cases can be fatal. It is essential that high-risk products like this are thoroughly cooked.

“We take food safety very seriously and while we’ll always work with food businesses to secure good standards, whenever there are serious breaches of food hygiene rules then legal action will always be considered.”

Luscombe was as executive chef at Leander Club in Henley in the early 2000s and was also the chef for the Team GB rowing squad at the 2004 Olympic Games in Athens.

Earlier in his career, he cooked under celebrity chefs Marco Pierre