Road set to close for weeks 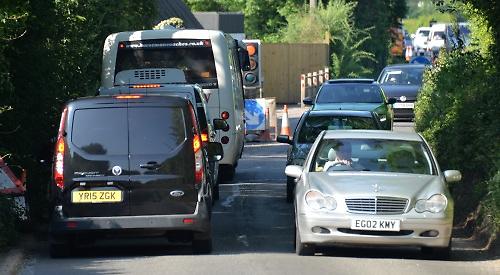 THE main road between Henley and Reading is set to be closed for weeks from next month for repairs.

The A4155 Henley Road has been reduced to one lane near the Flowing Spring since April following a carriageway collapse caused by previous flooding.

Temporary traffic lights have been in place while contractors for Oxfordshire County Council assessed the problem.

Councillor Stefan Gawrysiak, who represents Henley on the county council, said: “An investigation has determined that 200m of piling is needed for where the road has been peeling, the left-hand side going towards Reading. The reason is the road is dangerous.”

The contractor is preparing a detailed repairs programme and has suggested a two-week closure in June to carrying out preparation work, including site clearance and excavation.

The work would be suspended during Henley Royal Regatta and the road would be re-opened as a single lane with traffic lights.

It would then be closed again so the piling work could begin at the end of July.

Cllr Gawrysiak said: “The county is getting quotes and is also working on a work schedule.”

Meanwhile, King’s Road in Henley will be closed at 8pm on June 23 to 6am the next day for resurfacing work.

All “noisy” work will be completed by 11pm to keep disruption to residents to a minimum.

Cllr Gawrysiak said: “The bottom of King’s Road is dreadful and the council has agreed to completely resurface it.

“It is a major road in Henley so rather than doing the work in dribs and drabs over a week, which would be a major inconvenience, it will be done in one hit.

“There will be an official letter coming from the county explaining to householders what will be happening and I will be contacting them as well.”