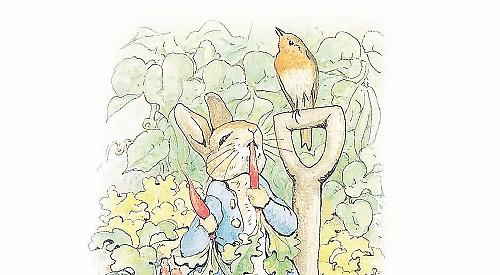 THE River & Rowing Museum in Henley has been shortlisted for an award.

It is the second year running that it has reached the last 10 nominees for the Family Friendly Museum Award.

The winners are chosen by children and families from more than 700 of the UK’s leading museums.

called Peter Rabbit: Mischief and Mayhem at the Mill Meadows tomorrow (Saturday) following the successful Clangers, Bagpuss & Co, which was brought in from the V&A Museum of Childhood.

This will be followed in the autumn by Quentin Blake’s The BFG in Pictures.

The shortlisted museums will be road-tested anonymously by families over the summer and the winner will be announced at a ceremony in London in the autumn.

Ludo Keston, the museum’s director, said: “I am truly thrilled that for the second year running the River & Rowing Museum has been recognised as one of the top 10 most welcoming museums for families in the country.

“I hope that families will enjoy visiting our fantastic Peter Rabbit exhibition over the summer and find out for themselves what makes Henley’s museum so special.”