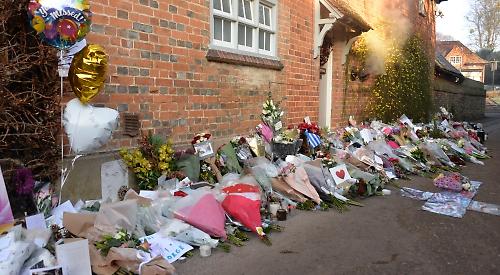 A FOOD, drink and music festival is to take place at the Catherine Wheel in Goring this weekend.

The annual event, which used to be called Goring Pride, will pay tribute to George Michael, who was found dead at his home in the village on Christmas Day.

It has been renamed Spinning The Wheel after the singer’s 1996 hit.

A share of the proceeds will go to the Terrence Higgins Trust.

There will be performances by a George Michael tribute act at 3pm and 7pm on Sunday while local bands including 4th Era, Blue Chips, Rush Keeper, Sultanas of Swing and Swinging in Heels will perform on both days.

Meanwhile, the organisers of the Goring and Streatley Food Festival are to hold a hog roast on Rectory Garden, off High Street, on Sunday afternoon and not on Gardiner recreation ground, as we incorrectly reported last week.

Volunteers will be running an information stand and several businesses based at The Arcade off High Street will hold commemorative events and promotions.

At 8.30pm on Saturday and Sunday, George Michael fans Rosalyn John and Mara van Steen will hold candlelit vigils outside the singer’s house off High Street and are inviting others to join them.