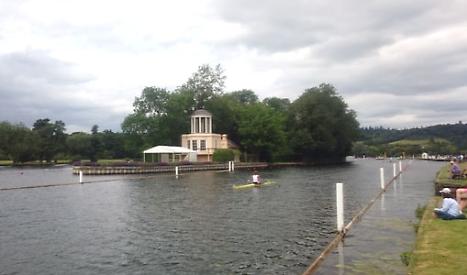 Qualifiers now an 'extra day' of Henley Royal Regatta, with racing starting this afternoon (Friday) at , with the women's single scull.

Leander athlete Emily Carmichael will be one of the six scullers starting the proceedings, despite having raced the GB double in Poznan.

Local voices will be heard supporting the next wave as Tom Carter from Upper Thames is racing at , having raced last year at the regatta in a double.

Both Leander and Upper Thames faces will be seen in composite crews later in the afternoon and Olympians Debbie Flood and Katie , competing as Sir William Perkins and forces with two 15-year-old students from Sir William inspire the next generation of athletes.

Henley Rowing Club will aim to qualify an eight in The Thames Challenge and a junior men's quad in The Fawley Challenge.
The Oratory School in will be aiming to qualify The Princess Elizabeth Cup for school , despite having put in some good times at recent regattas, and Shiplake College two crews aiming to qualify for The Temple Challenge Cup.

Shiplake also a crew racing today for a place in The Diamond Jubilee Challenge Cup for junior women's quads.

Emily Carmichael withdrew from the event leaving only one sculler to be dropped from qualifying for next racing.

Tom Carter didn't make it into the main event in the Diamond Sculls and Dan Boddington who has rowed at Abingdon and Leander collapsed into the water after the finish line.

There has been some interesting steering and the wind is making the transition from the end of the island into the booms difficult as catch under the blades.

Strong winds continue to make this a difficult qualifiers as racing continues unabated.

Much should be made of the convivial atmosphere along the bank, and despite the wind the drop in temperature from earlier this week is welcome.

The relaxed formality means it's possible to catch up with though maintain a respectful distance from some well known faces who are umpiring. 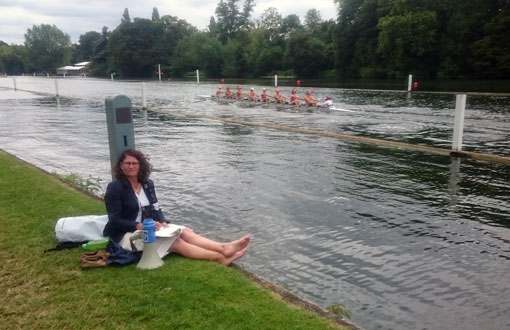 Guin Batten is at Remenham and wondered out loud, as the Edinburgh women's eight rowed past, how many Katherine Graingers were going up the course today. I'm not sure if she was referring to the crew or to the name on the side of the boat.

Richard Phelps, who was umpiring from the enclosures, commented that "this afternoon of racing would be the pinnacle of some rowers rowing careers". They will always remember the ever changing English weather, the array of kit and the smell of the boat tents.

On a sadder note a veteran rower from Upper Thames was found unresponsive on an ergo, around 9:00am this morning, and was subsequently pronounced dead. The flag at Upper Thames is flying at half mast and our thoughts are with the family of the gentleman, and the club. 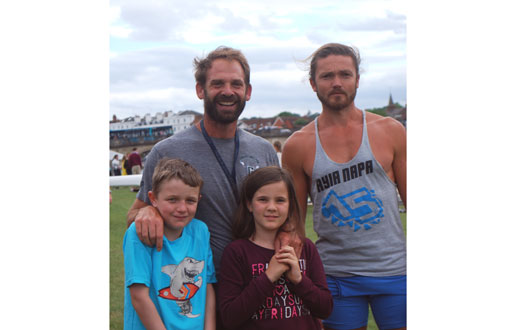 Shiplake College rowing coach Hugh Mackworth-Praed has possibly just made a little bit of history by being the oldest competitor to race at Henley Royal Regatta 2017, having qualified in the Double Sculls Challenge cup with E.J. Barton. They will be racing as Auriol Kensington Rowing Club and Torquay Rowing Club, but expect there to be a lot of Shiplake shouts from the bank, when they race next week.

The boat tents are buzzing and cheers are coming from various crews as they find out they have qualified.

However, there is still one last wave of competitors to go. This is quite a marathon event and some of the American crews are honouring the military precision with "Sir, yes sir" to the Umpires requests.

Reading Blue Coat School have qualified but Oratory have not, missing qualifying by 2 seconds. Sadly neither has the composite women's quads from Leander and Upper Thames.