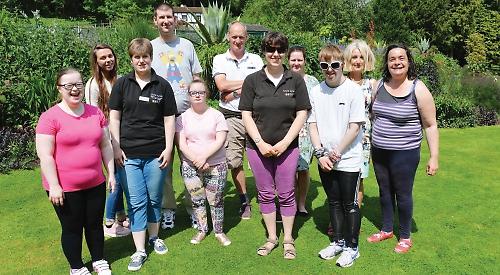 A pop-up tearoom was held at an open garden event in Bix.

Dozens of people attended the event at Bottom House, which was hosted by the charity Style Acre, which supports people with learning disabilities. Some of the charity’s users baked scones and served cream tea and a dance troupe performed.

Gaie Scouller, who owns the house, led guided tours of the garden and sold plants. Organiser Philippa Stannard said: “It was a beautiful day and we had some really positive feedback.”

The event raised £1,376 which will go towards running costs and helping users afford the charity’s services.