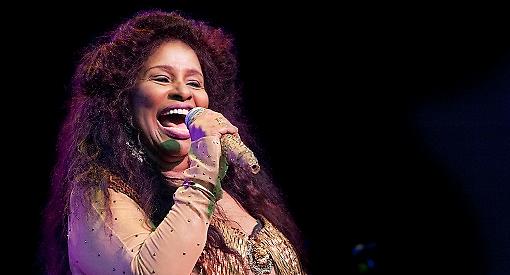 CHAKA Khan saved the best until last when she headlined at the Henley Festival.

The soul star, known to fans as the "queen of funk", closed her 90-minute set on Friday with her two biggest hits I'm Every Woman and Ain't Nobody.

The crowd were on their feet and dancing as she shook hands with admirers in the front row while hundreds of people were taking photos and videos on their mobile phones.

Khan, who was accompanied by a five-piece band and three backing singers, opened her set wearing a sparkling top and skirt with ripped blue jeans and matching sparkling boots.

Her two guitarists took turns at playing loud, elaborate rock solos throughout the show, with one playing the instrument behind his head and later with his teeth in the style of Jimi Hendrix.

It took a few songs for the audience to fully warm up but they were dancing energetically by the time she reached her fourth song I'm A Woman, which she first recorded in 1975 as frontwoman for funk band Rufus.

The energy remained high for the rest of the evening although fans had a chance to rest when she sat on a stool for a rendition of her 1995 hit Love Me Still, a slow piano ballad from the soundtrack to the film Clockers.

Halfway through the set, she disappeared for 10 minutes to change into an all-blue sparking outfit, during which time her band performed a jazz instrumental.

Before launching into I'm Every Woman, she told the crowd: "This song needs no introduction. It doesn't matter if you're a man or a woman - just sing along with me and enjoy it."

She left the stage to thunderous applause before the festival's nightly firework display started.