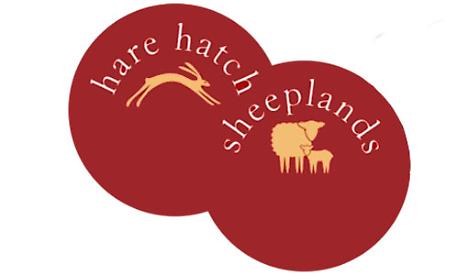 THE owner of a Wargrave garden centre has until Monday to cease unauthorised activity on the site or face a prison sentence.

Rob Scott, who runs Hare Hatch Sheeplands, has been involved in a dispute with Wokingham Borough Council since 2012.

The council accused Mr Scott of breaching the green belt and extending a café and play area unlawfully.

It added that he only had planning permission to operate as a plant nursery, café and farm shop.

He did not have the authority to host seven other businesses on the site, including a fishmonger, pet food store and antiques dealer.

The council said Mr Scott ignored an enforcement notice so it was forced to take legal action.

Mr Scott appealed but earlier this year the High Court ruled in favour of the council and granted an injunction against the garden centre.

This means it had to comply with the enforcement notice and cease any unlawful activities by May 1. Six businesses have since left the site, while Fish Glorious Fish has relocated to the existing farm shop.

The hearing, which was held at the High Court in London on Friday, June 30, was told that while the fishmongers was not authorised to operate within the farm shop currently, it could be part of a future planning application.

Judge Nicholas Lavender QC ruled that Paul Wheston, who owns Fish Glorious Fish, must leave the farm shop and that the council would inspect the site within two weeks, at which point Mr Scott should ensure all unauthorised activities have ceased.

If this has not been done, Mr Scott could face jail time for contempt of court.

The council added that Sheeplands was not authorised to operate as a plant nursery and all retail activities related to plants and gardening products must cease, with Judge Lavender ordering that they should shut down that night. The garden shop has since closed and all plants have been moved to the farm shop, where they are permitted to be sold.

Mr Scott said: “We are absolutely committed to achieving 100 per cent compliance by July 17 and we very much hope that the court will rule that has been achieved.

“At that point we hope the council will take in to consideration our plans to rejuvenate the Sheeplands business.”

A spokesman for the borough council said: “Due to the ongoing legal proceedings we cannot comment further on the dispute regarding Hare Hatch Sheeplands.

“However, Mr Scott has been and continues to be advised by his own legal and planning professionals.”

Mr Wheston, who has been at Sheeplands since 2014 and orginally traded from the back of a van, declined to comment.

Gordon Parry, owner of Garden Trends moved to the neighbouring Ladds Garden Village on Saturday, July 1, the day after the High Court hearing.

Mr Scott has drawn support from his customers, including Prime Minister and Maidenhead MP Theresa May. In 2014 she offered to broker a deal between the two sides.

Last year, more than 4,800 people signed a petition started by Mr Scott calling for an end to the dispute, arguing that it was costing him and the taxpayer “ridiculous” sums.

The petition prompted a debate at a council meeting in November, which heard that Mr Scott could face further legal action. Councillor Mark Ashwell said the council had spent more than £45,000 on the dispute and that Mr Scott could be prosecuted for not complying with the enforcement notice, so it could then seek reimbursement using the Proceeds of Crime Act.

In September, a public inquiry refused a separate appeal by Mr Scott against the council’s refusal to grant a certificate of lawful use.