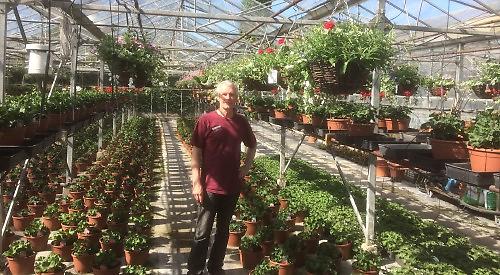 A GARDEN centre near Wargrave is planning to add to its attractions after settling a long-running planning dispute.

Rob Scott, the owner of Hare Hatch Sheeplands, wants to expand his farm shop, re-introduce a fishmongers and create a “cactus world” feature as he is a specialist grower.

He has submitted a planning application to Wokingham Borough Council, with whom he was involved in a five-year dispute that cost him thousands of pounds and a suspended prison sentence.

A spokesman for the garden centre said: “By working closely with the council we hope to gain their approval for our plans and ensure that we safeguard the green belt.

“Our customers have been magnificent in their support during the difficult times and are now showing that support by continuing to visit us.

“We are excited by the future and can assure customers that our plans will, if approved, enable us to repay their loyalty by making Hare Hatch Sheeplands a must-visit location of choice for local residents.”

In 2012, the council accused Mr Scott of breaching the green belt and extending a café and play area unlawfully as he only had planning permission to operate as a plant nursery, café and farm shop and did not have the authority to host seven other businesses on the site, including a fishmonger, pet food store and antiques dealer.

When he ignored an enforcement notice, the council took him to court and earlier this year the High Court ruled in favour of the council and granted an injunction against the garden centre.

Seven unauthorised businesses had to leave Hare Hatch Sheeplands but not all the changes required by the council were made in time, including the demolition of buildings and the removal of utilities connections.

Mr Scott admitted contempt of court and was given a two-month prison sentence, suspended for two years, and ordered to pay costs of £19,477 with Gordon Parry, of Garden Trends, one of the unauthorised businesses.

l A tasting weekend, including a gin-tasting event, will be held at the garden centre on Saturday and Sunday, August 26 and 27. Admission will be free.