Fireworks to fizzle out 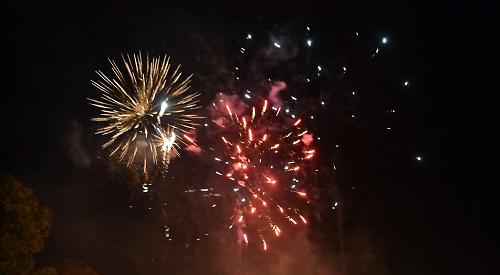 A FIREWORKS display that has been held in Henley for more than 40 years is set to cease because the group which organises it is folding.

Henley Round Table has staged the annual Bonfire Night display at Swiss Farm for 43 years, attracting thousands of people each year.

But this week the charity, which has raised thousands of pounds for good causes, announced it was disbanding due to a lack of members. It was due to celebrate its 60th anniversary next year. The group also organised the Henley Christmas float and staged the Henley May Fair for many years until last year.

Member Nick Woodthorpe, who was chairman in 2014/2015, said: “Regrettably, we just can’t put on the events without the manpower. We had a membership of around 11 when I was chairman but active members now are down to about four.

“The fireworks and Christmas float require a lot of organising and the last couple of years we have really struggled to get numbers out for collecting on the float. It’s a sign of our times.”

He said the decision to fold was hard to take, adding: “We’re all really sad because it’s an end of an era.”

Mr Woodthorpe said the group had tried in vain to recruit more members and there was also no one to take on the role of chairman this year, so last year’s incumbent Trevor Michel had stayed on in an unofficial capacity.

“I used to live in Henley but last year I moved to Reading so I’m not able to do what I used to do,” he said.

“I feel very sad. I’ve really enjoyed my time in Table, which has been 10 years, albeit not all in Henley.

“It does great work for the community — I think we’ve helped a lot of worthwhile causes over the years. The float and the fireworks gave us a real presence and mechanism to raise quite a considerable amount of money for charity.

“I want to thank everybody in Henley for all the support over the years and hopefully we have made a difference to people’s lives with the money we have raised.”

Round Table will continue to support the annual Christmas party for the children of Bishopswood School in Sonning Common at Phyllis Court Club.

The Round Table still has money to donate to local causes and wants to give its float to a worthy home. To get in touch email chairman@henleyroundtable.org