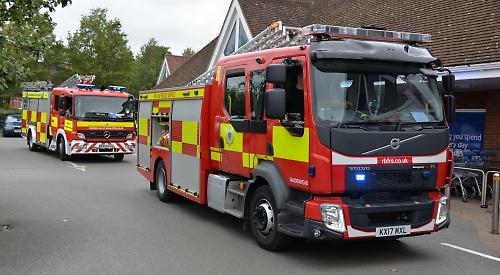 SHOPPERS and staff were evacuated from Tesco in Henley after an electrical fire started at the supermarket this afternoon (Sunday).

Firefighters were called at 3pm and two engines from Reading, as well as appliances from Maidenhead and Wycombe, were on the scene.

Customers were forced to leave behind their trolleys and shopping as they cleared the store, which is off Reading Road.

At about 3.30pm staff were telling customers that the supermarket, which was due to close at 4pm, would not be re-opening. Staff were allowed back in shortly before 4pm.

Incident commander, crew manager Martin Simmonds, told the Henley Standard: “It was a small electrical fault with a fridge. The fire was out on arrival so we isolated the electrics.

“There wasn’t any damage to their food.”