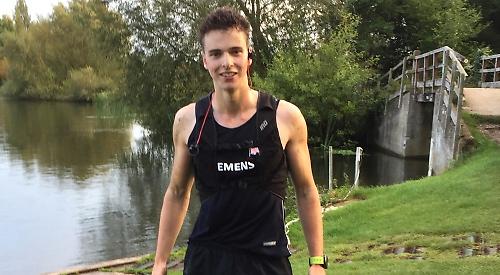 The event comprised three walks of different lengths, all finishing in Henley.

The longest was a 100km trek from Putney Bridge to Mill Meadows, where the participants were greeted with a glass of Prosecco and a cupcake after walking through the night.

Others chose to walk either half or a quarter of the distance.

There was also a 10km walk from Mill Meadows to Hambleden Lock and back via Aston.

Gaynor Parfitt, 51, of Shiplake Cross, took part in this walk with friends Lorna Underwood and Catryn Rowlands, from Reading.

Mrs Parfitt, who works in human resources at Gillotts School in Henley, said: “I wanted to do something special with my friends and to support something that was going on locally.

“The 10km was perfect for us. Our team name was ‘Over the Hill’ but I wasn’t very happy about that — next year we’re going for something more youthful!”

Meanwhile, former Shiplake College pupil Henry Blois-Brooke has completed an 84km ultra-marathon along the Thames Path from Oxford to Henley.

Henry, who hopes to jon the Marines, was raising money for Help for Heroes and prostate cancer research. He had planned to take on the challenge with his classmaters Oli Walker and Matt Godwin in December but had to postpone due to his rowing commitments with the college.

Matt is now at university and Oli is injured so left Henry had to take on the challenge himself but was joined for parts of the run by two fellow members of the college’s 1st eight — Seb Newman, who ran 10km, and Christian Hjortland-Marks who ran the final leg from Shiplake to Henley.

Henry, who starts at Oxford Brookes University this week studying sports coaching and PE, said: “I was looking forward to the challenge and, being a competitive rower, I’m pretty fit so I thought it would probably be quite straightforward. However, it was the toughest eight hours of my life!

“The first 10 miles were really good but as I approached the Beetle and Wedge at Moulsford [after 27 miles] it was getting really tough and then continued to get harder. I had to dig deep and mentally break down the run into smaller chunks.

“I was just focusing on reaching the next checkpoint. I’m incredibly pleased to have finished.”