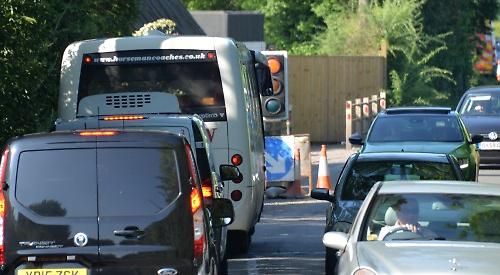 A CONSULTANT is to be hired to help find solutions to Henley’s traffic and air pollution problems.

Ben Hamilton-Baillie, who is based in Bristol, will be paid a rate of £850 per day by the town council.

He will visit the town on October 19 when he will meet representatives of the council’s transport strategy group to be briefed.

The group has been exploring ideas such as removing street furniture, creating shared spaces and introducing a 20mph speed limit in order to reduce congestion and improve the flow of traffic.

Mr Hamilton-Baillie will cycle around Henley, taking photographs and filming.

He will then be invited to speak at a closed meeting of town councillors and representatives of Harpsden and Remenham parish councils.

But opposition Conservative councillor Sam Evans criticised the decision to hold the seminar in private only weeks after a row over the press and public being excluded from a meeting of the council’s waste working group, which is also chaired by Cllr Gawrysiak.

She said: “I am really uncomfortable that yet another meeting is going to happen in secret. This is an issue for the whole town.

“We’re increasingly acting as a secret council when we serve the people who voted for us.”

Cllr Gawrysiak said some of the council’s working groups had to meet in private due to issues of confidentiality and the council would consult with the public on Mr Hamilton-Baillie’s findings.

He added: “It’s a completely ridiculous notion that this council is going into secret session. It’s absolute and utter tripe.”

According to his company’s website, Mr Hamilton-Baillie originally qualified as an architect before moving to work in housing, transport and planning. He founded the company in 2003.

It continues: “He has a lifelong interest in improving the quality of streets and public spaces and finding new ways to promote safety, economic vitality and civility.

“He has specialised in exploring a range of practical measures and principles to develop and refine innovative street design, especially in the emerging field of ‘shared space’.”

Meanwhile, the new trade waste collection service in Henley has been hailed a success.

Grundon Waste Management, of Benson, began weekday afternoon collections from shops and other businesses on August 14.

Weekend business waste is being collected by Berkshire Clearance until November on a trial basis.

Cllr Gawrysiak told a meeting of the waste working group that Grundon was collecting bags from its own and Biffa customers as well as any fly-tipped waste.

He said: “Grundon is lifting that waste every Monday, Wednesday and Friday so it is clear for the weekend and that’s working extremely well.”

The council negotiated the new service with Grundon after the company unexpectedly stopped picking up the blue bags in the evenings and switched to morning collections in March.

The council was concerned about visitors and people on a night out seeing the mess so it employed another contractor, GT Can Do, of Henley, on a temporary basis to pick up the bags in the evening and store them at the council depot off Reading Road overnight for collection the next day.

Bags at the depot were then not collected and built up into a huge, smelly mound, prompting complaints from nearby businesses.

The temporary waste store might also have been unlawful as the council did not hold the correct licence to operate a receiving centre.

Cllr Gawrysiak said: “There was absolutely no intention of Henley Town Council and this group to break the law. It was done in good faith.

“Yes, there was a hiccup and all of us on this waste group have a responsibility for that and hold our hands up but we have sorted that, we have moved on.”

Councillor David Nimmo Smith said: “I’m sure we all want to draw a line underneath what happened.”