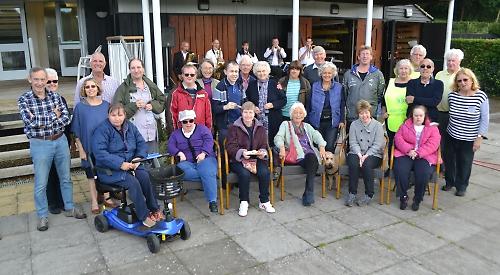 Clients attended the event with their families and carers on Saturday last week (16).

Members of the Henley Lions Club cooked sausages on the barbecue at the event, while there was also music from Nick Barnett and his band.

Paul Barrett, chairman of the society, said: “It was a lovely event. We didn’t get as many people as we hoped but it’s quite difficult sometimes at weekends with transport.

“We had a lovely time, the Lions did a great job on the barbecue and there was some great music from Nick and his band.

“We were very lucky with the weather, we had sunshine right until the end when we had to wait for a shower to pass before we did the raffle!”