900 runners take on Henley half marathon and 10km 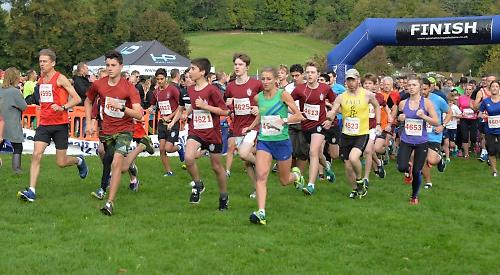 ABOUT 900 runners took part in the Henley half marathon and Henley Standard 10km in cool and overcast conditions on Sunday (8).

The main race was won by James Turner, 27, from Brighton, who signed up to the event just days before as he was visiting his girlfriend Rosie Neill’s parents in Marlow.

He finished in one hour, 14 minutes and nine seconds.

Mr Turner, who competes for Brighton and Hove Athletics Club, said: “I enjoyed the race with its nice country lanes and being able to run along the river. I only signed up to take part a few days ago.”

Second place went to Adam Wood, of Boston Road, Henley. He improved on his finish last year as he came third.

“It’s the only race I do every year,” he added.

“I was third last year and seventh the year before so hopefully there is only one way to go for next year!”

Eight-times winner Ben Reynolds, 53, who lives in Harwell, had to pull out of the race on Marlow Road due to a knee injury.

“It was difficult coming up the hill but it felt really good coming down,” Adam said.

“I felt I had a really good run. I like this event.”

The fastest woman and third overall was Carrie Hoskins, of Watermans Road.

One runner in the half marathon was injured while running down Fair Mile towards the finish.

An ambulance was called and police controlled traffic while a man was helped into the emergency vehicle on a stretcher.

The 35th annual event was organised by the Rotary Club of Henley Bridge.

Scores of children also took part in the Go Kids One Mile Challenge, in a nearby field.

See the Henley Standard on Friday for a full report, the results and more pictures.