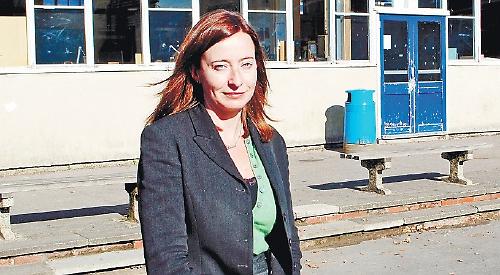 GILLOTTS School in Henley is close to “breaking point” following years of funding cuts, its former deputy headteacher has warned.

But Ms Darnton said the school would make a loss and could become one of the worst-funded in Britain due to inflation, which currently stands at 2.9 per cent, and the removal of the public sector pay cap.

She has written to parents of pupils asking them to campaign on the issue.

Councillor Gawrysiak, who spent more than 30 years’ teaching at Gillotts before retiring in 2013, raised the issue at a meeting of Henley Town Council on Tuesday.

He said: “The national funding formula originally meant Gillotts was going to lose £60,000. That has been tweaked because MPs in the shires were up in arms so Gillotts is getting a bit more.

“However, over the last five years there has been a progressive cut in funding while teacher pensions and salaries have gone up.

“Gillotts is Henley’s only secondary school and we must give it adequate funding. It is tight to breaking point at the moment. The only thing I can do to reassure the residents of Henley is that I will raise this at the county council so a whole block of county councillors can raise this up to Government level. I would also urge people to find out the facts and write to the MP and the Henley Standard about it.”

Councillor Ian Reissmann said: “I think we should be alarmed by this. After Townlands Hospital, Gillotts School is the next most important issue in Henley and I know a lot of people are worried.

“Catharine Darnton is a well-respected headteacher and the increase represents a cut as it is much lower than inflation and the school has to pay costs like national insurance contributions.”

Under the original formula, almost every primary school in the Henley area expected to receive up to three per cent less while Chiltern Edge School in Sonning Common would have been the only local secondary to benefit.

However, the Government backtracked following protests by MPs including Henley’s John Howell and Rob Wilson, who then represented Reading East.

Funding is currently allocated by local education authorities so similar schools in different regions get vastly different amounts. The Government said this was unfair and outdated and wanted to standardise the process.

This week, Rick Holroyd, headteacher at Langtree School in Woodcote, said the formula was a step in the right direction but didn’t go far enough.

He said: “I welcome the Government’s commitment to implementing a fairer funding formula. It is long overdue.

“We are also pleased that our concerns about the original proposal were taken into consideration. The initial formula would have given us a 1.3 per cent reduction in funding, the equivalent of £38,000 less per year, which was preposterous.

“We campaigned ardently against that with Mr Howell and it went back to the drawing board.

“However, while we have long supported the idea in principle, even this second version does not provide the solutions and benefits we hoped for. Mr Howell’s assertion that no school will lose out misses the point entirely.

“If all schools’ budgets are maintained or slightly increased, the underlying inequities in the system are preserved for the future and we will be expected to function with considerably less per-pupil funding than other schools around the country.

“These increases are marginal and nominal even if the politicians are claiming a great success. We will receive only £100 more per pupil, which will bring some small relief for a year but with continued inflationary pressures, schools such as Langtree will inevitably face continued critical budgetary pressures.

“They may well face the prospect of going into deficit in the medium rather than the shorter term.

“I’m not saying we should get money that currently goes to better-off schools, it’s not about ‘winners and losers’. There isn’t enough money in the system as there have been so many cuts in real terms since 2010.

“The Government is proposing to provide another £4 billion but that’s simply insufficient to cope with things like pay increases. Lifting the cap is the right thing to do but it must be funded from our existing revenue budget.”

She said: “It’s a complicated question as schools are grappling with both a rising number of students and a declining number of teaching candidates.

“We could all do with more funding but, in reality, we probably won’t get it. Things would be easier if there was a massive pool of great teachers to choose from. At the moment we often rely on agencies and recruiters.

“When I started in school leadership, you could get 15 or 20 responses to an advertisement and shortlist two or three very strong candidates. Now you’re lucky to get one response and it’s common to get none.

“As leaders, we need great teachers in our classrooms and that’s becoming difficult. It’s hard to attract young people when you’re offering them £25,000 a year for 70-hour weeks which leave them too tired for a social life.

“Teaching is a true vocation and if you’re more driven by money and have a decent degree there are more attractive options. I’ve known some very good teachers who quit because they wanted more status.”